US planning a full-scale war 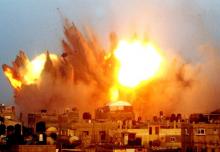 The prerequisites for the emergence of a political crisis in Venezuela arose several years ago as a result of the collapse of the economic system. The acute phase of confrontation has began in January, when the current president of the country, Nicolas Maduro, refused to comply with the demands of the opposition, which constitutes a majority in the National Assembly, about resigning and went for a second presidential term. The state leader announced his intention to continue to fulfill his duties until 2025. After the inauguration of Nicolas Maduro, the leader of the National Assembly proclaimed himself acting president and began the formation of a parallel center of power. 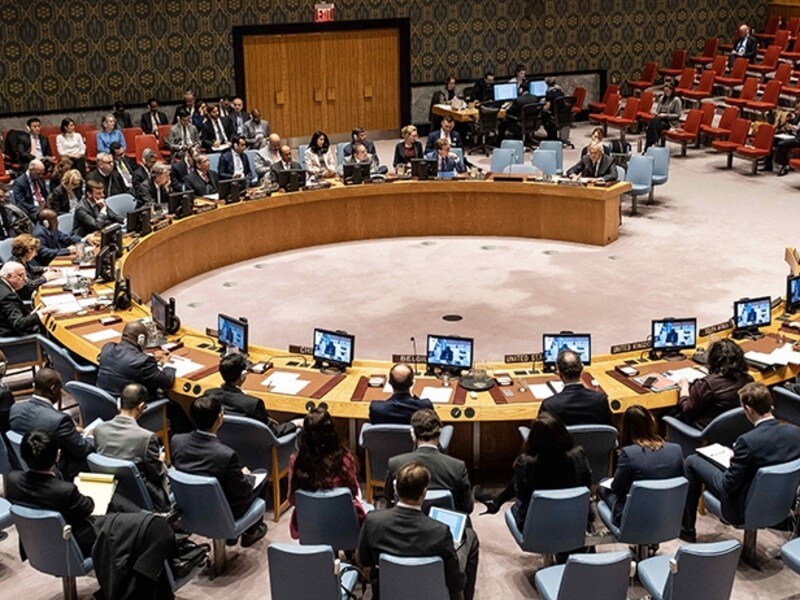 The event resonated far beyond Venezuela and led to the involvement of a number of countries in the conflict. Intervention in the conflict of the UN Security Council in January 2019 only aggravated the situation and polarized the global political establishment. The recognition of the current President Nicolas Maduro as the legitimate head of state was announced by the authorities of the Russian Federation, the People's Republic of China, Bolivia, Cuba, Mexico, Turkey, Iran and a number of other countries. The support of the new head of the alternative center of power, Juan Guaido, was expressed by the United States, the EU, Israel, Australia, and most Latin American countries. A number of countries took an active part in the conflict.

Judging by the statements and actions of the United States, this country from the very beginning influenced the formation of the opposition movement in Venezuela and provided various assistance to Guaido. In addition to the official recognition of the parallel center of power, the administration of D. Trump created a broad international coalition to overthrow N. Maduro and stated that he was considering various options for resolving the conflict. In addition, the United States began to recognize officials appointed by Guaido. At the end of the first week from the start of the confrontation, D. Trump's adviser J. Bolton announced the beginning of the introduction of sanctions against N. Maduro and his supporters. The United States has already imposed restrictions on the activities of the state oil company of the country and other legal entities working in the oil industry of Venezuela. Representatives of the administration of D. Trump have repeatedly stated the preparation of a military invasion in the event of the use of military force against the opposition. In addition, representatives of Guaido gained access to several objects of Venezuelan diplomatic property in the United States. Diplomats representing the current government under N. Maduro’s leadership at UN meetings are also under pressure (blocking of accounts, restrictions on movement within New York). 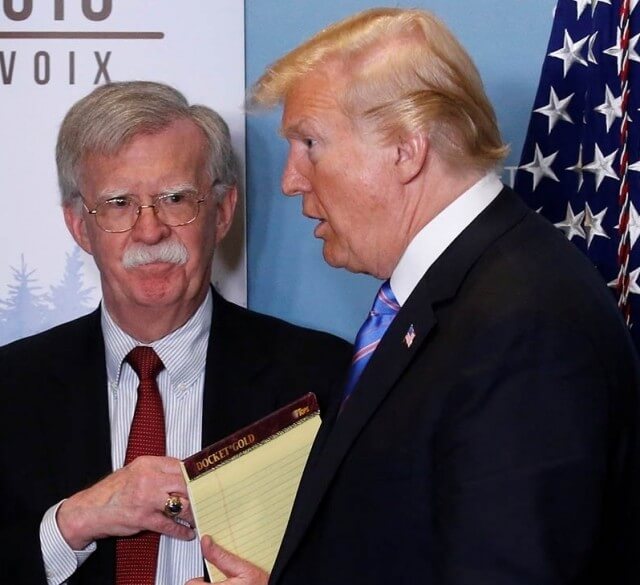 The active participation of the United States in the Venezuelan conflict is primarily due to security issues. Venezuela is located close to its borders and in the case of building a military base of the Russian Federation or the People's Republic of China, Venezuela may pose a threat to US interests in the region. Among other reasons, experts also refer to drug traffic passing through the territory of the Bolivarian Republic and the increased flow of migrants due to the economic crisis of recent years. J. Bolton repeatedly hinted at preparations for the US military invasion of Venezuela if N. Maduro refused to comply with the demands of the opposition. It is also known that the causes of blackouts throughout the country and the halt of the only hydroelectric station were blamed on hacker attacks, organized by US-controlled structures.

Colombia took an active part in the political crisis in Venezuela on the side of the USA. Among the main reasons for intervention are discontent with the increasing flow of refugees from the Bolivarian Republic and territorial disputes. Colombia openly declared its possible participation in the military operation against the government of N. Maduro in order to return to Venezuelans "democracy and freedom". Across the border of this country, attempts were made to move humanitarian aid in March of this year. At the moment, diplomatic relations between Colombia and Venezuela are suspended. 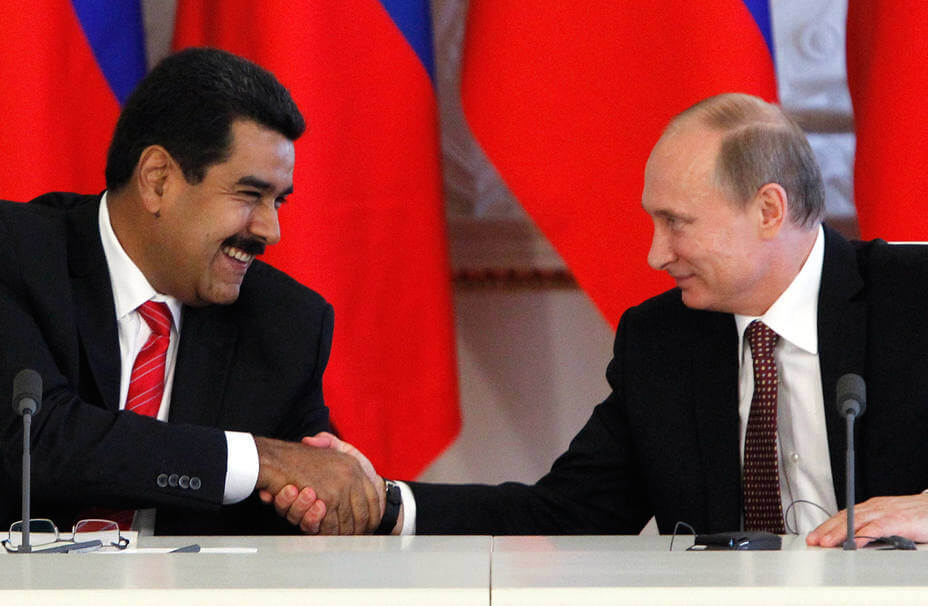 The main ally of N. Maduro at the moment remains the Russian Federation. It is also one of the largest investors in the Venezuelan economy. In addition to active economic support, Russia also provides for the supply of weapons systems to the Bolivarian Republic and is a partner in oil and gas projects. In January of this year, there were reports in the network that several hundreds of Wagner PMCs were sent to Venezuela to help N. Maduro, but official representatives of the Russian government denied this information. At the end of March, about a hundred Russian military personnel arrived on the territory of the country, as well as 35 tons of military cargo. According to official statements by the Ministry of Foreign Affairs, the presence of military personnel and soldiers of the Russian Federation was associated with servicing military equipment supplied under contracts earlier. In addition, Russia actively supports N. Maduro in the UN, blocks Security Council resolutions aimed against the current government of Venezuela, and actively urges not to intervene in the outbreak of political crisis.

The alignment of forces and possible scenarios

Analysis of the events of the first half of this year allows us to predict that the military intervention by the United States in Venezuela is inevitable. At the moment, the political overthrow of N. Maduro is in fact suspended: Guaido was never able to enlist the support of the military and establish his authority over the country. The full-scale intervention of the United States is delayed by a likelihood of civil war and the possibility of a long-term conflict. Some politicians have made direct parallels with the wars in Vietnam and Afghanistan. 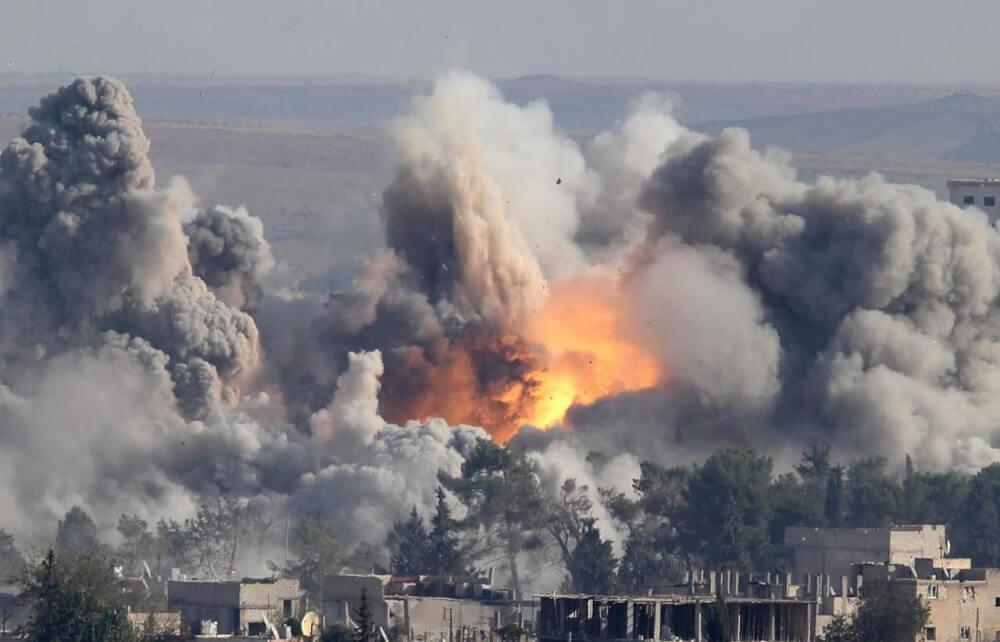 Not the last role in the defense of N. Maduro from the USA is played in this conflict by Russia. As is known, S-300 missile systems are on combat duty in Venezuela, which in itself is a deterrent. After all, the American strategy and tactics of combat operations presupposes the active use of aviation and the bombing of ground objects in the initial stages of the invasion. Ground operations begin after the destruction of the enemy’s military infrastructure. In the case of the beginning of the intervention, the air defense system can cause significant damage to the US air forces and increase the price of the invasion. Another deterring factor is that N. Maduro is still in control of the military forces. Armed forces of the country remained loyal to the current president, which increases the likelihood of delaying the conflict. Recall that the army of Venezuela has 63 thousand soldiers, and about 220 thousand soldiers serve in the national police, which can also be involved in the conflict. In addition to the S-300, the Buk-2ME, Thor and Pechora systems are also on combat duty. A lot of problems can also be brought to invading aviation by Igla anti-aircraft missiles and several hundred mobile anti-aircraft missiles. That is why the US is still trying to solve the problem by influencing the economy and domestic policy of Venezuela.

In the event of a decision on a military invasion, it is expected that the US ground forces will conduct a joint operation with the armies of Colombia and Brazil. This circumstance further increases the risks of the spread of conflict in the region and the growth of instability. In case of successful overcoming of the resistance of the army, the problem of guerrilla warfare and humanitarian supply of the country with a ruined economy, multibillion-dollar investments in infrastructure and overcoming objections of Venezuela’s closest allies - Russia, China and Cuba - remain.

What to expect in the foreseeable future?

Experts draw attention to the fact that due to the presidential elections next year, the United States will avoid conflicts with an unacceptable level of losses and will direct all efforts to increase the internal tension in the country. However if N. Maduro remains in office a full-scale war in the region is inevitable. The result of hostilities could be an increase in the flow of refugees and a humanitarian catastrophe in the northern part of the South American continent.