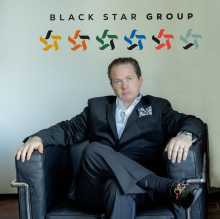 At 48 years old, Ignacio Purcell is a multimillionaire, owner of a large oil and gas holding in Spain, Black Star Petroleum . Sphere of interests - sale of petroleum products, sphere of influence - EU countries, Eastern Europe, Asia, Latin America. At the beginning of its formation, the holding was included in the list of the international accelerator 500 Startups. Founder of the oil company Black Star Petroleum . Known for his charitable activities, he regularly donates significant funds to charity organizations around the world.

Ignacio Purcell spoke about the role of personality in business, success stories, current challenges in the oil product supply market in an interview with our correspondent.

Corr .: Mr. Ignacio Purcell, 48 years for many is still the beginning of the journey, the age range has shifted a lot today. And you have already managed to do everything: make a name for yourself, create a business empire, support thousands of people in a difficult situation. What is the secret of success - is it luck or hard work and self-development?

Ignacio Purcell: I don't believe in luck, in random success. It can be one-time and temporary. And constantly climbing stairs is a hard work. Study and work. My luck was only in one thing: I grew up in a prosperous family, my parents' fortunes allowed me to get a good education in economics and business law. You need to constantly develop and work on yourself. I am constantly improving my qualifications. For a deeper understanding of the processes, I mastered the programs for petroleum engineers, involved myself in research in the field of oil products and renewable energy sources. In today's world, the selection is brutal. With some knowledge, I decided: my niche is an intermediate link between oil and gas production and the end consumer. These are refineries, sale of gasoline, aviation fuel, diesel engines, fuel oils, gas. In its niche , Black Star Petroleum carries out a full cycle, from processing, delivery to warehouse terminals throughout Spain and from there - around the world. We have a network of terminals for regasification of liquefied natural gas in four autonomous regions of Spain, oil storage facilities abroad. Deliveries to a number of EU countries, Latin America, the Asian region. 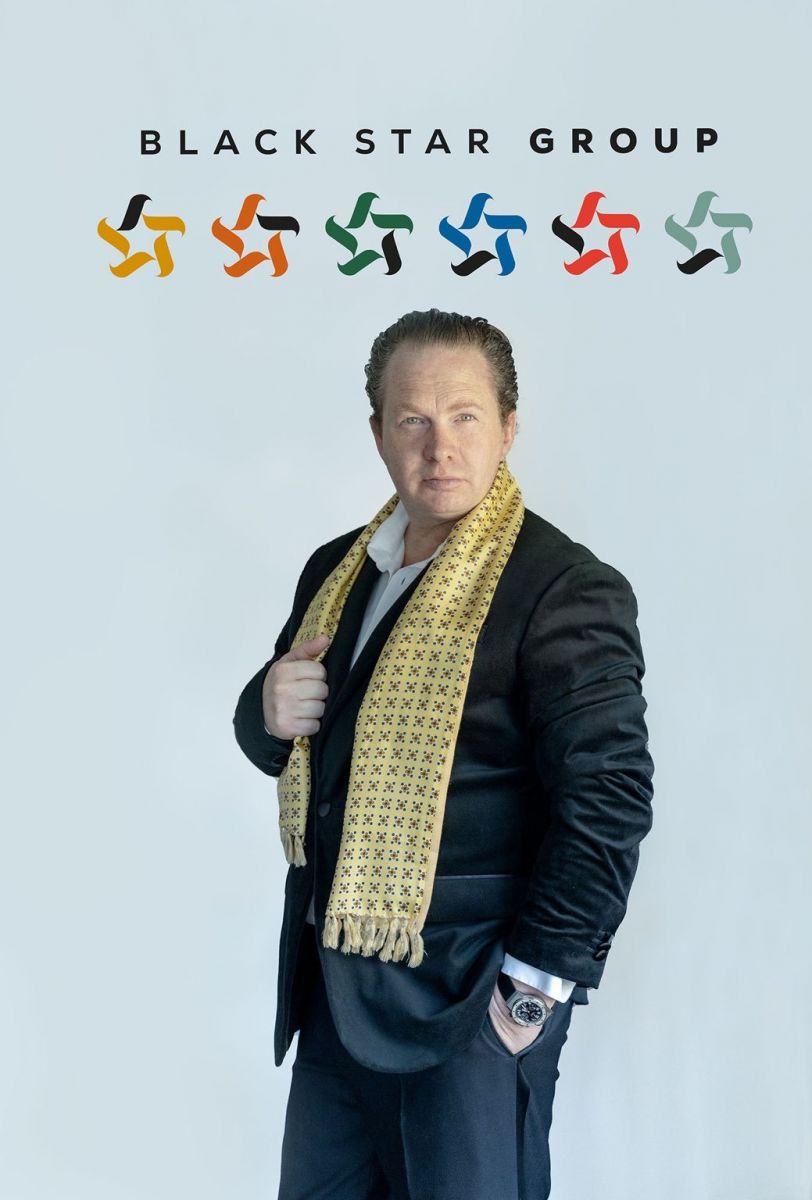 Corr .: It is difficult for an ignorant person to imagine the scale of competition in this market. How does business survive in our time of crisis? Surely you have to experience both ups and downs?

Ignacio Purcell: Ups and downs for business are common, as long as they alternate correctly and do not end in failure. (Laughs). The period is indeed extremely difficult. Prolonged global economic crisis. Sharp price fluctuations in the oil and gas market. And then there's the pandemic, which has no end in sight. It is clear that the company is facing serious challenges in the supply of oil products and gas. The favorite technique of major competitors is dumping, this is a dishonest struggle, but nothing can be done about it, everyone survives as best he can. Do you think Black Star Petroleum had no problems? Due to the pandemic, the EU imposed tough measures and the demand for gasoline and diesel fuel and motor oils fell below multi-year lows! There were a couple of situations where we stopped selling in the main sectors, and we actually withdrew money from accounts in order to maintain the status quo. The market is unpredictable, but the more interesting it is.

Corr .: It seems that you do not condemn, at least treat with understanding the competitors who, using your terminology, “survive as best they can,” although they use dishonest methods. What are your principles in dealing with competitors and customers?

Ignacio Purcell: The main principle is that not everything is measured by money. In general, money should not become the only goal in itself. This attitude just leads to unprincipled, dishonesty in relationships. Have I already mentioned dumping? So this is my position: not to teach others to live, but to live according to conscience. No, I'm not always so white and fluffy, in business someone has to cross the road, and negotiate with the government, lobby their interests - this is a reality. But do not go over the edge of what is permissible. What God will ask of you. I am always in favor of strong long-term relationships. A good example of this is my friend and partner for 25 years, Pablo Sanchez, CEO of Black Star Petroleum . And the company itself, over the years of its presence on the market, has established business relations with many partners in different countries. In my relationship with them, I adhere to the same principle: stay together in hard times and in good times. Big business is a big responsibility. There is no other way. 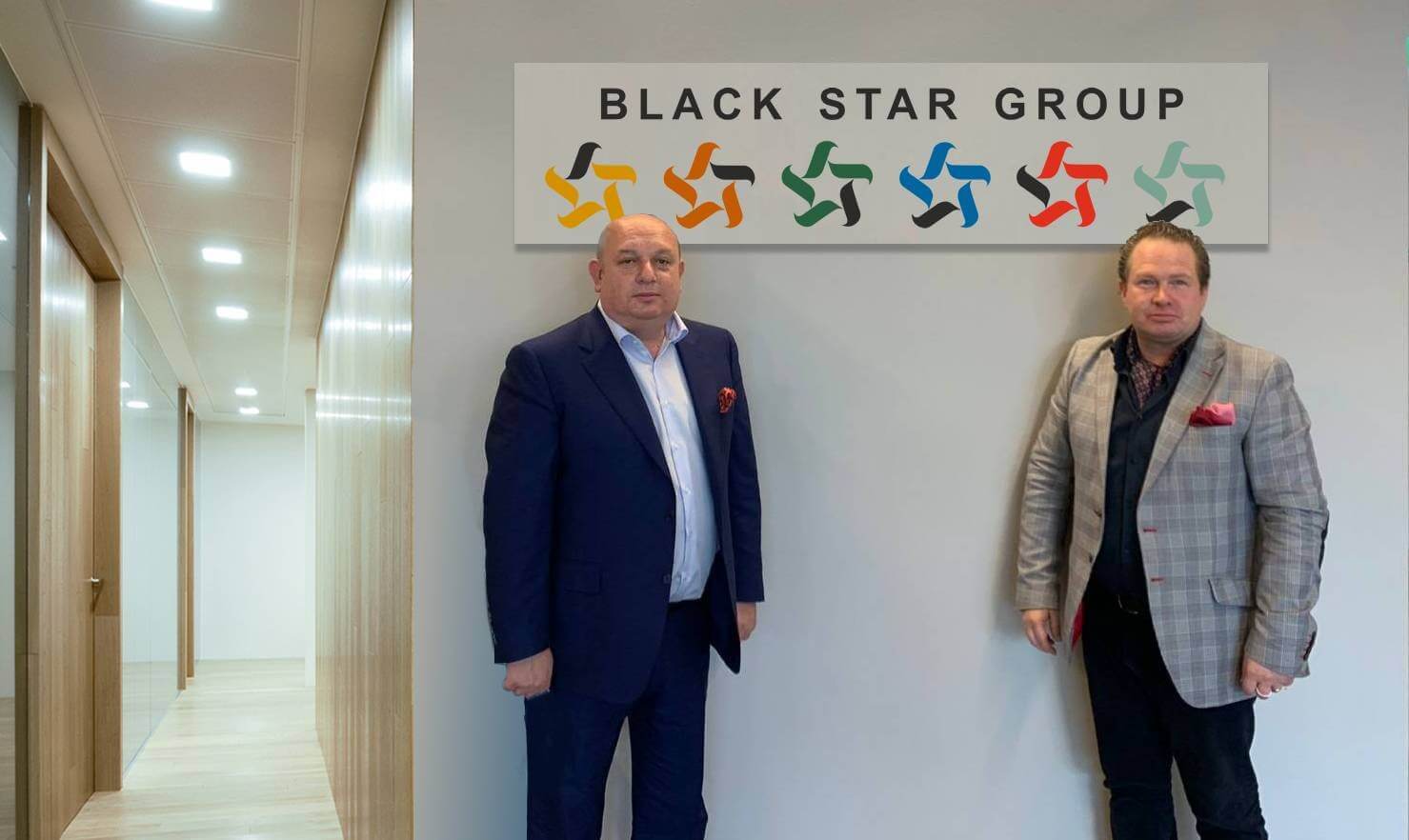 Corr .: It's time to ask about your cooperation with Russian partners. Most companies in Europe and America have curtailed their work in the Russian Federation due to the sanctions. And you continue to invest in the Russian economy. Why?

Ignacio Purcell: This is just a continuation of the theme: stay together in bad times, not just in good times. Black Star Petroleum has established contacts with Russian colleagues, joint projects on the end use of crude oil and gas, as well as petroleum products. Why should I give up a good chunk of my business for the sake of someone's selfish plans, leaving trusted partners halfway there? Thank goodness my status and condition (I brag!) allows me not to depend on other people's opinions, to be precise, on opinions, which I do not share. In recent times we signed multiple strategic agreements with the leading Russian companies.

Unfortunately, I just don't decide anything. It seems that the whole world, at the suggestion of the United States, took up arms against Russia. So Russian oil and gas companies will face a tough fight in the European market, especially in a quarantine environment. But they know how to take a hit and, by some miracle, they continue to promote their products in Europe. European countries, however, are no less interested in the products of Russian industry, that's the paradox. But they stubbornly continue hostile actions towards Russia. The whole world knows who the puppeteer is. The United States pursues its own interests and manipulates Europe as it wants. The US is flaunting that it will block the path of Russian oil and gas and provide the whole world with their shale gas. So, shale deposits are depleted by 85% in just 3 years. How long will the stock last? The United States itself has always been and remains dependent on imported oil. They are also not fools there, they understand this, hence the threat of geopolitical wars, hence the gaze and movement towards the Russian Arctic.

Corr .: But the development of renewable energy sources is underway. Don't you admit the possibility that the world will soon abandon fossil sources?

Ignacio Purcell: I admit it. Black Star Petroleum invests heavily in the development of renewable energy sources. So I know what I'm talking about. It is true that I also foresee the other side. Why, for example, have many countries started to abandon wind turbines? Low-frequency vibration from them gradually destroys and erodes the soil. So there is still a long way to go before the total rejection of oil and gas products. And there are still many resources. The potential of Russia itself a few years ago was estimated at 355 billion tons of oil equivalent. The potential for gas and gas hydrate fields is even greater. There are also ideal conditions, a northern country. You have to be crazy to turn down partnership opportunities with this country! Henry Kissinger also said that those who own oil and gas resources own the world. So consider where there is strength and where is weakness. 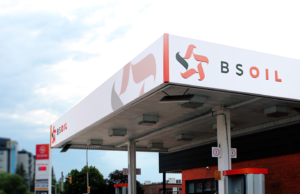 Corr .: You regularly transfer part of your profits to charitable foundation accounts, not only in Spain, but also in other regions.

Ignacio Purcell: I don't like to talk about it. Such things are very intimate, they cannot be shown. Therefore, I will answer briefly without unnecessary details. This is a family tradition. We are a family of Christian tradition. My parents are religious. They always donated for the benefit of the church, helped those in need, paid for the education of promising young people. At our holding company, Black Star Petroleum , there is a management that is dedicated exclusively to charity work. I am pleased that with our help scientific programs are promoted, scholarships are paid for interesting studies and projects. Today in the world there are a lot of sick, poor and illiterate people. I try to invest in the funds of those countries where the population has a special need for humanitarian support. These are mainly the countries of Latin America and Asia. As my income increases, I constantly increase a special fund for charity. This warms me up, allows me to believe that I am not living in the world for nothing.

Corr .: And some short quick questions. Which personality from history would you call your idol?

Ignacio Purcell: Idol is too strong, but I would call Rockefeller Sr. An ambiguous person, but he embodied all the characteristics of a true entrepreneur: he walked a difficult path, reached the peak of success, he was honest with the partners (although he also had to get them off the market with the help of dumping and lobbies), he devoted himself to charity all his life.

Ignacio Purcell: Daniel Yergin. "The Prize: The Epic Quest for Oil, Money, and Power." An entertaining and useful book, I advise all who seek success.

Corr .: And what a successful businessman should be like?

Corr .: What would you spend your last money on?

Ignacio Purcell: I would buy my father another cherry wood pipe for his collection.

Corr .: Have you ever been ashamed of your act?

Ignacio Purcell: Yes. It's still a shame. But I will not mention this.

Corr .: Thank you, Mr. Ignacio Purcell, for this meeting and interesting conversation!

Ignacio Purcell: I thank you for giving me the opportunity to take a break from business for half an hour.