BRICS as a participant of global management restructuring

Russia and Brazil have just celebrated the 185th anniversary of establishing diplomatic relations. Mutually profitable strategic partnership has been built on a firm basis within the years becoming even more dynamic lately.

Huge territories, population size and rich power resources make the countries the leading players on the world stage. Interaction of Moscow and Brazil is based on the coincidence of approaches to such fundamental principles as supremacy of international law in the multipolar international system while preserving the central role of the UN Security Council in the matters of support of global peace and safety. Brazil is grateful to the Russian Federation for the support for its candidature as a constant member of the restructured UN Security Council.

One of the key areas of cooperation is still presented by active trade. Its volume was increased almost for 300% from 2003 to 2012! The trade turnover is about to reach 10 bln. US dollars a year. Official support rendered by bilateral entrepreneurial councils can be good aid to Brazil and Russian companies. Heads of Central Banks of the two states are developing the mechanism of mutual settlements in national currency.

Promising prospects are opened in the investment sphere and energy area. Brazil calls Russian companies to participate in the coming tenders to natural gas extraction in Brazil.

Science and technology are important areas of interaction. Russian participation in the Brazilian government's new Science Without Borders Program and Brazilian National Nanotechnology System, cooperation with the National Nuclear Energy Commission and ROSATOM State Atomic Energy Corporation concerning the construction of a multipurpose reactor in Brazil are examples of the close collaboration. To strengthen the relations in this important area Brazil supports the idea of creating a bilateral technological alliance.

Cooperation in the sphere of defence is an important issue as well. Brazil attaches much significance to the issues of technology transfer while discussing it with foreign partners. This refers to Russia to the full extent and to delivery of anti-air complexes such as Igla-S, Pantsir-S1 and Mi-35M helicopters in particular.

Extension of relations in the sphere of culture and sports receives continued support of citizens of the two countries. Brazil is proud of the fact that the only ballet school of the Bolshoi Theatre outside Russia was set up on its territory. Another factor that brings us together is represented by the Olympic Games (Sochi-2014 and Rio de Janeiro-2016) and World Football Championship of 2014 and 2018 that will take place in Brazil and Russia. The sports events of global significance open new cooperation prospects for the next few years. 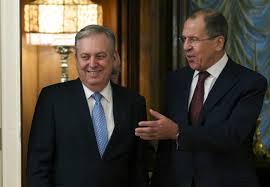 Significant redistribution of power has occurred on the international stage within the last twenty years. Developing countries and new regional forces play a more significant role in the world's economy.

During the recent financial crisis the countries played a key role in overcoming the consequences. In 2012 a basic flow of direct foreign investments was aimed at developing countries for the first time in history. Clear example of the increasing value of the countries in the system of global management was represented by the fact that the Group of Twenty replaced the Group of Eight as the leading international forum for coordination of economic and financial issues.

The period was marked with significant changes in Brazil. The country occupied the sixth position on the ranking of the largest world economies, ensured economic growth and reduced inequality increasing the profits of citizens considerably and improving employment of population. This happened in the context of consolidation of democracy, macroeconomic stability and acceptance of new obligations related to the provision of ecological stability.

Meanwhile, the transformation didn't involve the basic principles of foreign policy. One of the basic elements is adherence to the multipolar world order in close connection with the system of multipoint management. There is no place for biased policy and oligarchical dictate in the international system of relations Brazil is striving for. 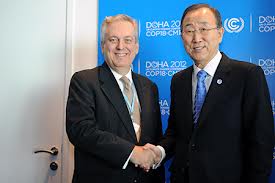 Consolidation of the South America is a priority. Brazil has been supporting peaceful relations with its neighbours for over than 140 years. Thriving and stable neighbourhood is a keystone for successful internal economic development and strengthening of international authority.

Integration into the region and MERCOSUR in particular was strengthened due to admission of Venezuela in the organization. Around 80% of GDP of the entire South America accounts for MERCOSUR countries. The process of Bolivia's participation was launched during the last summit of the organization. Ecuador also expressed its intention to become a member of MERCOSUR.

Brazil was one of the inspirer who wanted to create new mechanisms of regional integration including UNASUR consisting of all South American countries and CELAC, the Community of Latin American and Caribbean States.

New forms of dialogue and cooperation with the basic world leaders including BRICS, IBSA Dialogue Forum (India, Brazil, and South Africa), Africa and South America Summit and summit of the Community of Latin American and Caribbean States have been also elaborated outside the region. Brazil has strengthened its presence in Africa considerably. This is how interest in development of cooperation along the South-South line and intention to contribute to prosperity of the continent are confirmed.

Brazil is interested in the creation of the better international situation that is why it subsequently and constantly favours implementation of policy aimed at the provision of growth which must be taken as the main response to economic crisis. President Dilma Rousseff continuously mentioned the possibility of economic depression in the short-term perspective due to the policy mainly focused on fiscal consolidation. Sharing the same concern Russia made important steps during its presidency in G-20 by paying special attention to economic development and growth of occupation.

Strengthening of collaboration within the frames of BRICS stands among new collaboration formats. Extension of cooperation occupies the central place in reformation of global management. Thus, BRICS countries became a positive force for democratic transition of the World Bank and International Exchange Fund witching the G-20. I hope BRICS will even play a greater role in the update of management structures which coordinate the issues of peace and safety at the expense of overwhelming support of the UN restructuring including the UN Security Council.

During the summit in Durbana it was decided to set up a bank of development and an agreement to establish the Reserve Fund was concluded. We expect to achieve real progress on the issues by the time of BRICS summit that will be hosted in Brazil this year. In spite of the fact the instruments don't replace but just add to the International Monetary Fund and the World Bank; they can be used to accelerate restructuring of the abovementioned bodies. 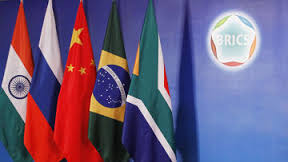 Brazil is deeply concerned in the establishment of truly multilateral world order that could provide for wider opportunities to participate in the decision-making process. That is why the problem of global management occupies a central position on foreign policy agenda.

It is in the sphere of international law and safety where the structure of management is mostly divorced from reality which can be seen by the example of composition of the Security Council being an anachronism. The significant shortcomings can help us understand the reasons for failure of the Security Council to decide on the key issues in the sphere of peace and safety such as crisis in Syria.

Considering extensive diplomatic experience Brazil has been calling to peaceful dispute settlement and introduction of the corresponding legal obligations lately. Application of force can be considered legally only in the presence of conditions set by the UN Security Council.

The world needs diplomacy and international law but not arms rattling and threats. That is why we are happy to mention our recent efforts aimed at prevention of military intervention in Syria and promoting political accommodation of conflicts. Brazil highly appreciates serious steps taken by Russia to prevent the military intervention in Syria. Now it is necessary to gain considerable progress in termination of armed violence and help the Syrian people find a legitimate solution.

Last year Brazil hosted Rio+20 conference on stable development of the UN. The conference was of an utmost importance as issues of economic development were on the international agenda. The consensus reached in Rio stating that poverty eradication is the greatest global task of modern life and necessary condition for stable development was very important.

All countries must make a contribution in accordance with the principle of joint but differential liability. Thus, in 2012 the level of greenhouse gas emission in Brazil was the lowest within the last 20 years. However, we mean not only reduction of greenhouse gas emission but also necessary financial and technical support rendered to developing countries to solve the problems related to climate change.

Efforts of different countries headed by Brazil propelled such issues as struggle with hunger and extreme poverty eradication to the international level they have never seen before. The leading role of Brazil is closely connected with success achieved by the country due to the policy combining economic growth and social integration.

There is a strong demand for data in the area and cooperation between the countries that can use experience of Brazil in the so-called social technologies and take proper measures to solve similar problems.

In general, Brazil is a Russian partner who demonstrates true adherence to the issue of peace, protection and promotion of human rights, respect for international law and stable development for everybody. Brazil strives to provide for support in the formation of multi-polar world order and act as a factor of stability and prosperity in the region and outside it.

The both countries can benefit much from the subsequent cooperation. But other countries will benefit as well.