What Could Possibly Go Wrong?: Page 2 of 2

mind his own business rather than a matter of military necessity.

Assumedly, the Obama administration has been in behind-the-scenes efforts, reminiscent of the 1991 Gulf War when Iraqi SCUDS began raining down on Israeli cities, to keep that country out of the larger fight. It is not 1991, however. Relations between the U.S. and Israel are far more volatile and much testier. Israel is better armed and U.S. constraints on Israeli desires have proven significantly weaker of late.

Worst-case scenario: An Israeli move, either to ensure that the war stays far from its Golan Heights frontier or of a more offensive nature aimed at securing some Syrian territory, could blow the region apart. “It’s like a huge bottle with gas surrounded by candles. You just need to push one candle and everything can blow up in a minute,” said one retired Israeli general. Still, if you think Israel worries about Syria, that's nothing compared to how its leadership must be fuming over the emergence of Iran as an ever-stronger regional power.

What can go wrong for Iran in the current conflict? While in the Middle East something unexpected can always arise, at present that country looks like the potential big winner in the IS sweepstakes. Will a pro-Iranian Shia government remain in power in Baghdad? You bet. Has Iran been given carte blanche to move ground forces into Iraq? Check. Will the American air force fly bombing runs for Iranian ground troops engaged in combat with IS (in a purely unofficial capacity, of course)? Not a doubt. Might Washington try to edge back a bit from its nuclear tough-guy negotiations? A likelihood. Might the door be left ajar when it comes to an off-the-books easing of economic sanctions if the Americans need something more from Iran in Iraq? Why not?

Worst-case scenario: Someday, there’ll be a statue of Barack Obama in central Tehran, not in Iraq. 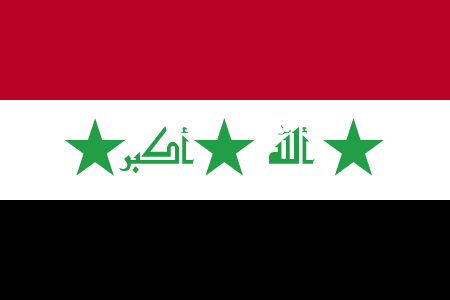 Iraq is America’s official “graveyard of empire.” Washington’s “new” plan for that country hinges on the success of a handful of initiatives that already failed when tried between 2003-2011, a time when there were infinitely more resources available to American “nation builders” and so much less in the way of regional chaos, bad as it then was.

The first step in the latest American master plan is the creation of an “inclusive” government in Baghdad, which the U.S. dreams will drive a wedge between a rebellious and dissatisfied Sunni population and the Islamic state. After that has happened, a (re)trained Iraqi army will head back into the field to drive the forces of the new caliphate from the northern parts of the country and retake Mosul.

All of this is unrealistic, if not simply unreal. After all, Washington has already sunk $25 billion dollars into training and equipping that same army, and several billion more on the paramilitary police. The result: little more than IS seizing arsenals of top-notch Americans weaponry once the Iraqi forces fled the country’s northern cities in June.

Now, about that inclusive government. The United States seems to think creating an Iraqi government is like picking players for a fantasy football team. You know, win some, lose some, make a few trades, and if none of that works out, you still have a shot at a new roster and a winning record next year. Since Haider al-Abadi, the latest prime minister and great inclusivist hope, is a Shia and a former colleague of the once-anointed, now disappointed Nouri al-Maliki, as well as a member of the same political party, nothing much has really changed at the top. So hopes for “inclusiveness” now fall to the choices to lead the key ministries of defense and the interior. Both have been tools of repression against the country’s Sunnis for years. For the moment, Abadi remains acting minister for both, as was Maliki before him. Really, what could possibly go wrong? 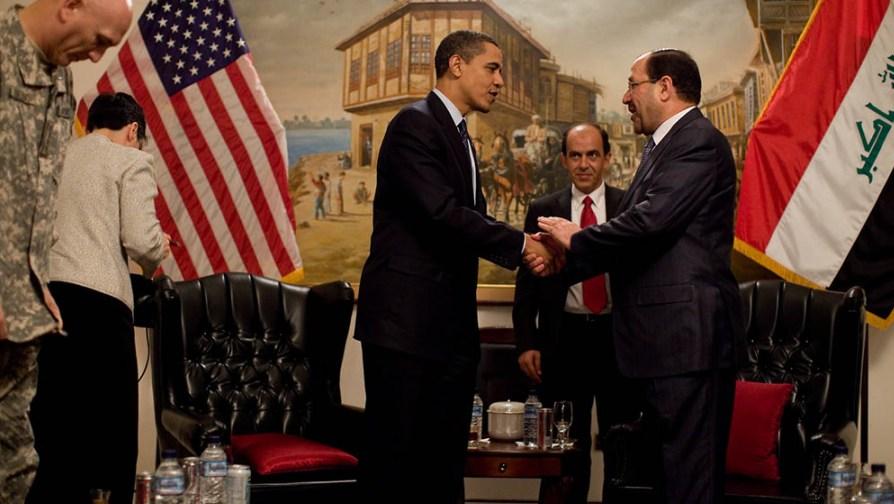 As for the Sunnis, American strategy rests on the assumption that they can be bribed and coerced into breaking with IS, no matter the shape of things in Baghdad. That’s hard to imagine, unless they lack all memory. As with al-Qaeda in Iraq during the American occupation years, the Islamic State is Sunni muscle against a Shia government that, left to its own devices, would continue to marginalize, if not simply slaughter, them. Starting in 2007, U.S. officials did indeed bribe and coerce some Sunni tribal leaders into accepting arms and payments in return for fighting insurgent outfits, including al-Qaeda. That deal, then called the Anbar Awakening, came with assurances that the United States would always stand by them. (General John Allen, now coordinating America's newest war in Iraq, was a key figure in brokering that “awakening.”) America didn’t stand. Instead, it turned the program over to the Shia government and headed for the door marked “exit.” The Shias promptly reneged on the deal. 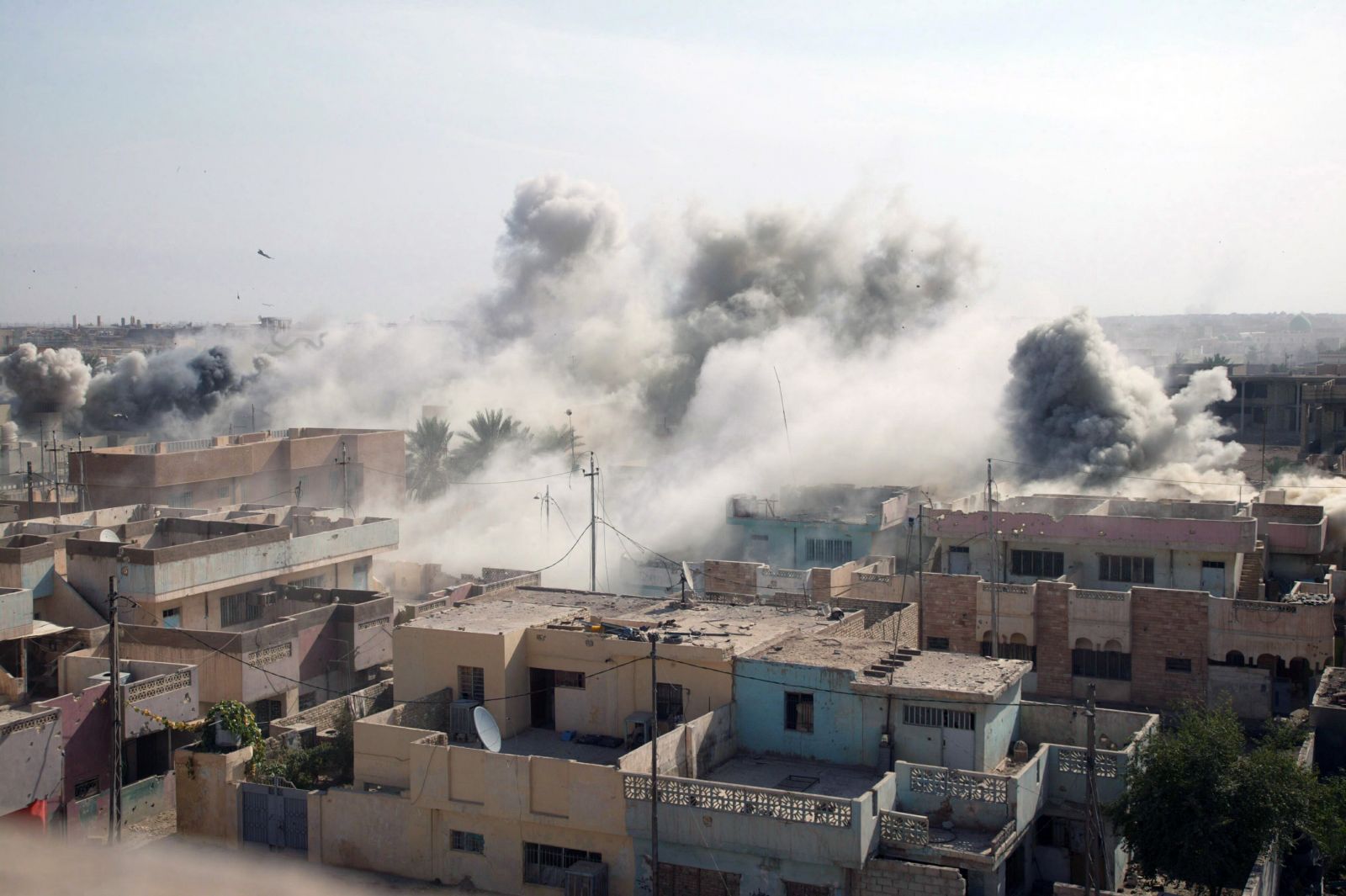 Once bitten, twice shy, so why, only a few years later, would the Sunnis go for what seems to be essentially the same bad deal? In addition, this one appears to have a particularly counterproductive wrinkle from the American point of view. According to present plans, the U.S. is to form Sunni “national guard units” -- up-armored Sunni militias with a more marketable name -- to fight IS by paying and arming them to do so. These militias are to fight only on Sunni territory under Sunni leadership. They will have no more connection to the Baghdad government than you do. How will that help make Iraq an inclusive, unitary state? What will happen, in the long run, once even more sectarian armed militias are let loose? What could possibly go wrong?

Despite its unambiguous history of failure, the “success” of the Anbar Awakening remains a persistent myth among American conservative thinkers. So don't be fooled in the short term by media-trumpeted local examples of Sunni-Shia cooperation against IS. Consider them temporary alliances of convenience on a tribe-by-tribe basis that might not outlast the next attack. That is nowhere near a strategy for national victory. Wasn't then, isn't now.

Worst-case scenario: Sunni-Shia violence reaches a new level, one which draws in outside third parties, perhaps the Sunni Gulf states, seeking to prevent a massacre. Would the Shia Iranians, with forces already in-country, stand idle? Who can predict how much blood will be spilled, all caused by another foolish American war in Iraq? 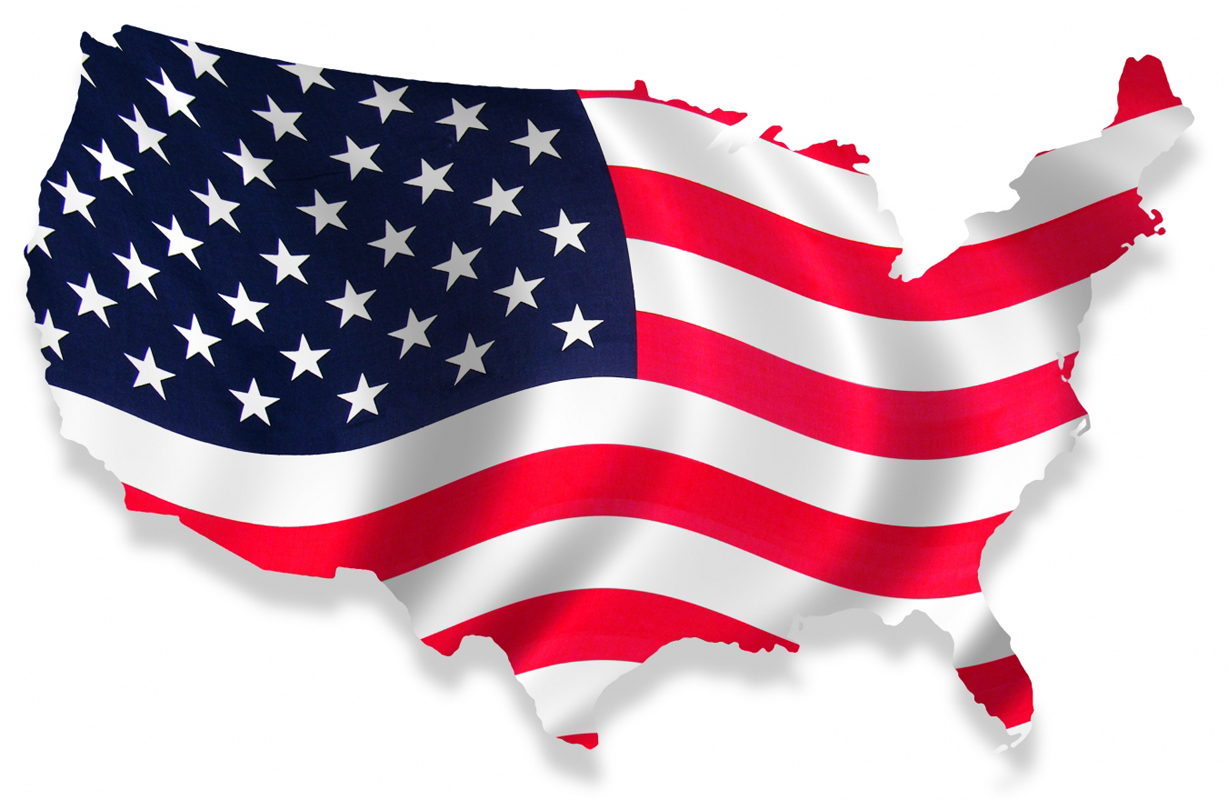 If Iran could be the big geopolitical winner in this multi-state conflict, then the U.S. will be the big loser. President Obama (or his successor) will, in the end, undoubtedly have to choose between war to the horizon and committing U.S. ground forces to the conflict. Neither approach is likely to bring the results desired, but those “boots on the ground” will scale up the nature of the ensuing tragedy.

Washington’s post-9/11 fantasy has always been that military power -- whether at the level of full-scale invasions or “surgical” drone strikes -- can change the geopolitical landscape in predictable ways. In fact, the only certainty is more death. Everything else, as the last 13 years have made clear, is up for grabs, and in ways Washington is guaranteed not to expect.

Among the likely scenarios: IS forces are currently only miles from Baghdad International Airport, itself only nine miles from the Green Zone in the heart of the capital. (Note that the M198 howitzers IS captured from the retreating Iraqis have a range of 14 miles.) The airport is a critical portal for the evacuation of embassy personnel in the face of a future potential mega-Benghazi and for flying in more personnel like the Marine Quick Reaction Force recently moved into nearby Kuwait. The airport is already protected by 300-500 American troops, backed by Apache attack helicopters and drones. The Apache helicopters recently sent into combat in nearby Anbar province probably flew out of there. If IS militants were to assault the airport, the U.S. would essentially have to defend it, which means combat between the two forces. If so, IS will lose on the ground, but will win by drawing America deeper into the quagmire. 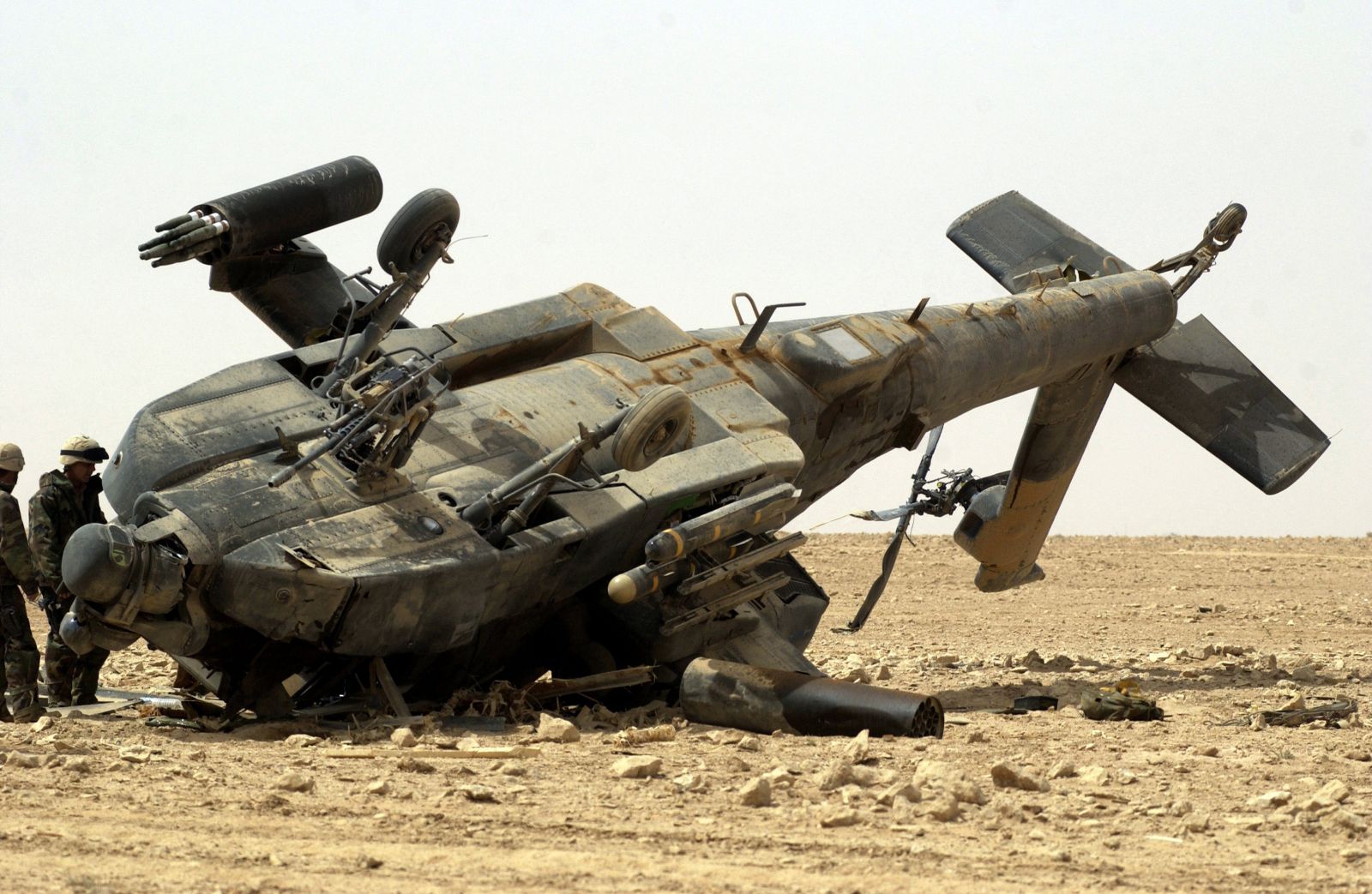 In the bigger picture, the current anti-Islamic State coalition of “more than 60 countries” that the U.S. patched together cannot last. It’s fated to collapse in a heap of conflicting long-term goals. Sooner or later, the U.S. is likely to once again find itself alone, as it eventually did in the last Iraq war.

The most likely outcome of all this killing, whatever the fate of the Islamic State, is worsening chaos across Iraq, Syria, and other countries in the region, including possibly Turkey. As Andrew Bacevich observed, “Even if we win, we lose. Defeating the Islamic State would only commit the United States more deeply to a decades-old enterprise that has proved costly and counterproductive.” The loss of control over the real costs of this war will beg the question: Was the U.S. ever in control?

In September, Syria became the 14th country in the Islamic world that U.S. forces have invaded, occupied, or bombed since 1980. During these many years of American war-making, goals have shifted endlessly, while the situation in the Greater Middle East only worsened. Democracy building? You’re not going to hear that much any more. Oil? The U.S. is set to become a net exporter. Defeating terrorism? That’s today’s go-to explanation, but the evidence is already in that picking fights in the region only fosters terror and terrorism. At home, the soundtrack of fear-mongering grows louder, leading to an amplified national security state and ever-expanding justifications for the monitoring of our society. 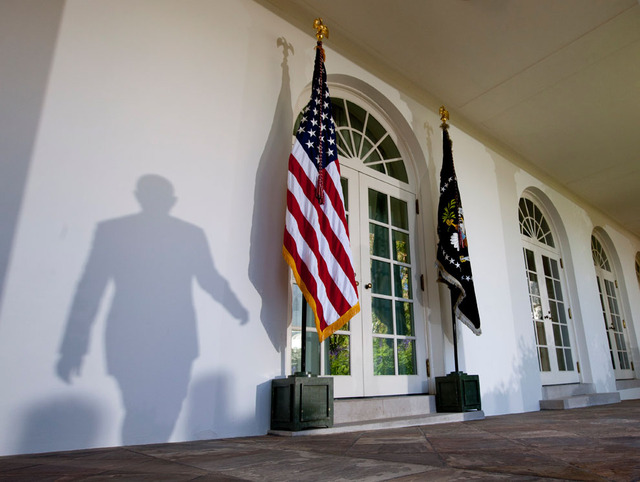 Worst-case scenario: America’s pan-Middle Eastern war marches into its third decade with no end in sight, a vortex that sucks in lives, national treasure, and Washington's mental breathing room, even as other important issues are ignored. And what could possibly go wrong with that?