Flag of the Inca Empire

The Inca Empire is one of the greatest civilizations of the past, with a rich history and culture and a significant influence on the modern world. This Indian state occupied wholly or partly the territory of six countries of modern South America.

Tahuantinsuy - so sounded the name of the empire in the language of one of the Indian peoples - was formed in the 12th century and lasted about four centuries. Its history began with the emergence of the empire of the city of Cuzco. Today it is the most ancient city of Peru, pleasing the tourists of the whole world with its unique architecture.

The Incas swiftly expanded their lands, conquering entire nations one by one, spreading their own traditions and culture among them. The population of the state accounted millions of citizens. The empire had a clear administrative structure based on four provinces. Each of them had its own capital - the center of trade and crafts. 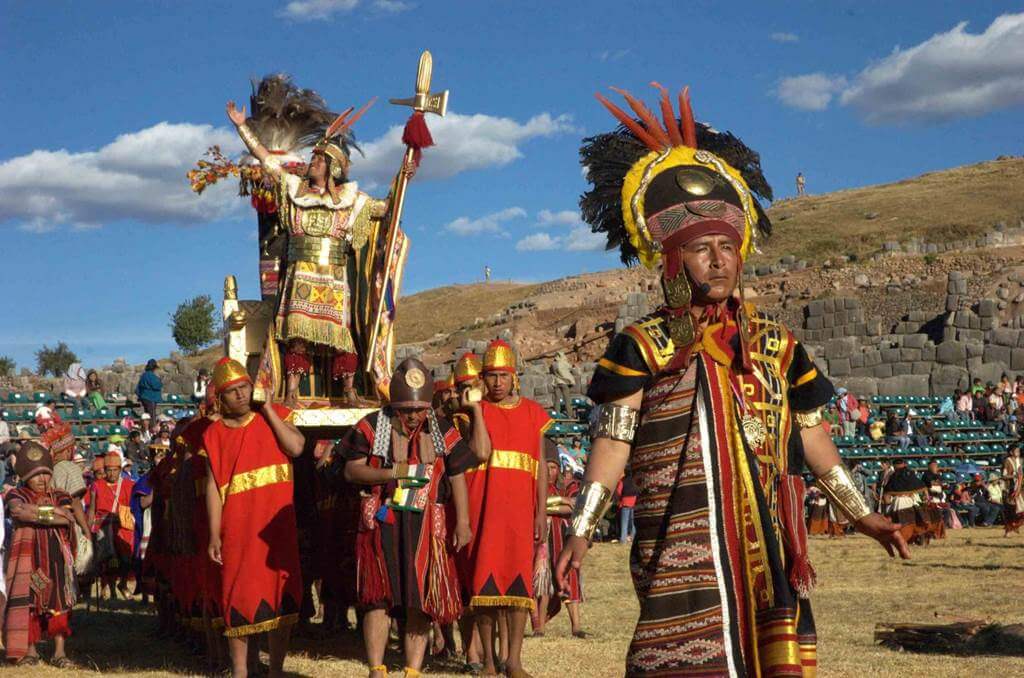 The Incas had a rather complicated accounting system, in which the economic indicators of each administrative unit were reflected in special multi-colored threads, they were tied into knots. Each color had its own meaning: white - the world, red - war, yellow - gold, black - time, etc.

The most important deity for the people of the empire was the Sun. The head of state was considered a living embodiment of it. In connection with the worship of the sun, gold items were highly valued. An official emblem or a motto did not exist in the empire. In addition to solar symbols, the Indians often used iridescent themes.

The flag of the Inca empire is considered to be a multi-colored square canvas. Among the Indians, the flag was not the embodiment of patriotism and statehood, it was rather a banner of the emperor. As for the exact image of the canvas, historians still lead a lively discussion, offering various versions of the number and arrangement of colors on the Inca flag.

Viphala - the flag of indigenous Indian peoples of South America. This flag is considered to be the closest to the banner of the Inca Empire, symbolizes kinship with the ancient people. It is a square on which seven colors of the rainbow spectrum are arranged diagonally. 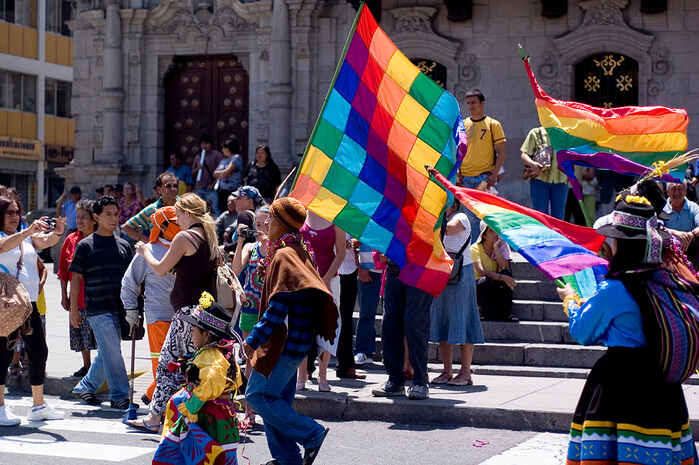 It is noteworthy that each tribe uses their own version of the flag depending on the territorial feature. For this, the historical division of the Inca Empire into four parts is used. The people's belonging to a particular province is determined by the color of the longest line on the flag.

An iridescent symbol can often be found in such countries as Peru, Bolivia, Ecuador, Argentina and Colombia. In Ecuador it is used by one of the public organizations, on the canvas a mask is also depicted - a local historical artifact. In Bolivia, the colored flag is as popular as the official flag of the country.

Peruvian Cusco, once the capital of the Inca Empire, today has a seven-color flag, the legacy of an ancient culture, as an official symbol. The spectrum of colors - from red to purple - adorns the buildings of state institutions and the central city square. The idea of ​​the flag based on Viphala belonged to one of the radio presenters of Cuzco.

Where else is the Inca flag used?

The international pacifist movement chose as its symbol a rainbow, embodying diversity and reconciliation. The flag of the peace first appeared in 1961 on the march in Italy. However it uses an inverted sequence of colors: from purple to red.    In the middle of the cloth, the word "peace" is located in one or another language. During the military operations in Iraq, Italian residents hung such flags from their balconies and windows, after which the popularity of the rainbow symbol of the peace grew significantly in Europe. 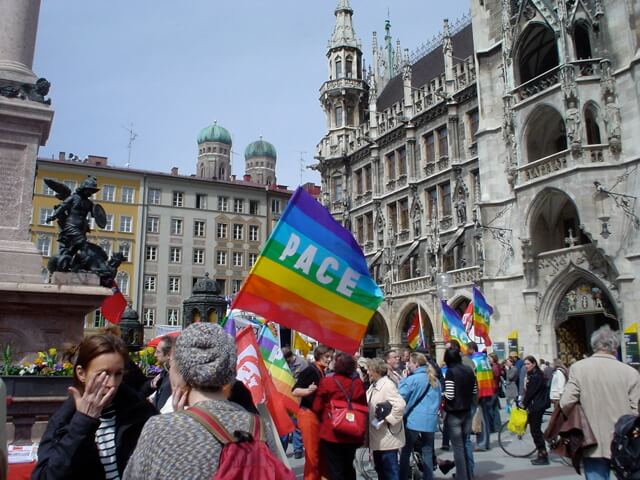 As its international symbol, the flag with a rainbow palette chose the LGBT movement. The purpose of the community is to protect the rights of sexual minorities. The canvas is a traditional rainbow palette. It first appeared in 1978 at the American gay parade. Since then, everywhere this symbol participates in demonstrations and actions, is posted in special institutions and organizations. In this regard, the Cuzco authorities in Peru thought about changing the city's symbol.

In Russia, a rainbow motive is also used by various gay communities. In the 90's the multi-colored flag became the symbol of the "Party of Economic Freedom", because of that political power was mistakenly associated with sexual minorities. The rainbow is depicted on the flags of several Russian cities. Interesting in this respect is the symbol of the Jewish Autonomous Region, here, on a white background, a spectrum of rainbow colors is placed in the middle.