Exclusive: “Terrorism” is a word of condemnation, referring to the coldblooded killing of civilians to advance a political cause. But U.S. pundits and officials have blurred its meaning to cover attacks on American soldiers in foreign lands, a word game that can contribute to more wars, writes Robert Parry.

The classic definition of terrorism is the intentional killing of civilians to make a political point, as in planting bombs near the finish line of a marathon or crashing commercial jetliners into buildings filled with office workers. Yet, the mainstream U.S. media has broadened the definition to include killing U.S. soldiers or allied troops even those operating in foreign lands.

For instance, New York Times columnist Thomas L. Friedman on Wednesday cited as a supposed example of “Iran’s terrorism” the bombing of the Marine base in Beirut in 1983, “believed to be the handiwork of Iran’s cat’s paw, Hezbollah.” And Friedman is hardly alone in citing the Marine bombing in 1983 as “terrorism” along with Iran’s support for Shiite militias who fought the American occupying army in Iraq last decade. 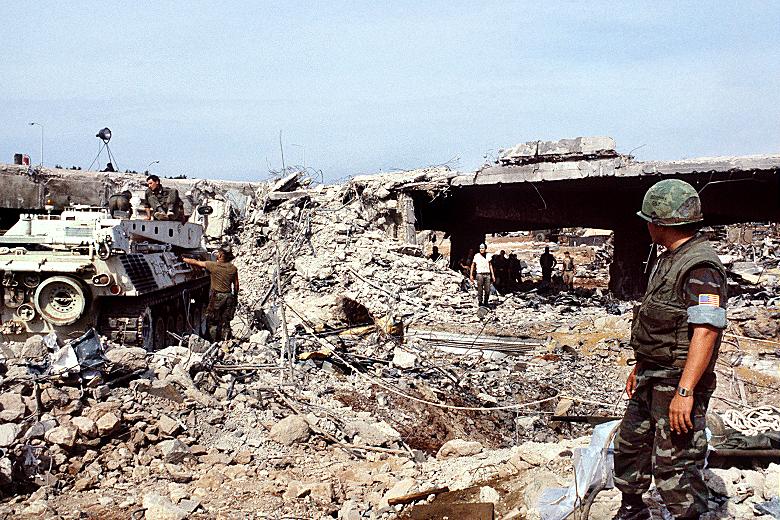 The U.S. media routinely treats such cases as deserving of the unqualified condemnation that the word “terrorism” implies. Similarly, that attitude is extended to Hezbollah attacks on Israeli military forces even in the 1980s when Israel was occupying southern Lebanon.

But attacks aimed at military forces – not civilians – are not “terrorism” in the classic definition. And this is an important distinction because the word carries deservedly negative moral and legal implications that can put those nations accused of “terrorism” in the cross-hairs of economic sanctions and military attacks that can kill hundreds of thousands and even millions of civilians.

In other words, abuse of the word “terrorism” can have similar consequences as terrorism itself, the indiscriminate deaths of innocent people — men, women and children. Much of the case for sanctions and war against Iraq in the 1990s and 2000s was based on dubious and even false claims about Iraq’s alleged support for Al Qaeda and other terrorists.

And, the 1983 case is especially significant because it is a go-to emotional argument in accusing Iran of having “American blood on its hands” and thus unworthy of any normal diplomatic relations. However, when examining the real history behind the Marine barracks bombing, a much more complex and nuanced story unfolds with blame to be apportioned to all sides.

The immediate context for the tragedy was Israel’s invasion of Lebanon in 1982 and the multi-sided civil war raging among Lebanese factions. Israeli invaders reached the Lebanese capital of Beirut in a matter of days as part of a campaign to crush the Palestine Liberation Organization.

Then, after more fighting and protracted negotiations, Israel forced the P.L.O. to leave Lebanon, departing for Tunisia. But the P.L.O. left behind women and children in refugee camps at Sabra and Shatila, where Israeli officers allowed Israeli-supported Christian militia forces to massacre more than 700 and possibly thousands of Palestinian and Shiite civilians, one of the most shocking atrocities of the war.

Into this chaos, President Ronald Reagan dispatched a force of Marines as peacekeepers, but they gradually were pulled into the fighting on the side of Israel and its militia allies.

National Security Advisor Robert McFarlane, who often represented Israel’s interests in the upper echelons of the Reagan administration, convinced the President to authorize the USS New Jersey to fire long-distance shells into Muslim villages, killing civilians and convincing Shiite militants that the United States had joined the conflict.

Though the U.S. news media immediately labeled the Marine barracks bombing an act of “terrorism,” Reagan administration insiders knew better, recognizing that McFarlane’s “mission creep” had made the U.S. troops vulnerable to retaliation.

“When the shells started falling on the Shiites, they assumed the American ‘referee’ had taken sides,” Gen. Colin Powell wrote in his memoir,  My American Journey . In other words, Powell, who was then military adviser to Defense Secretary Caspar Weinberger, recognized that the actions of the U.S. military had altered the status of the Marines in the eyes of the Shiites. 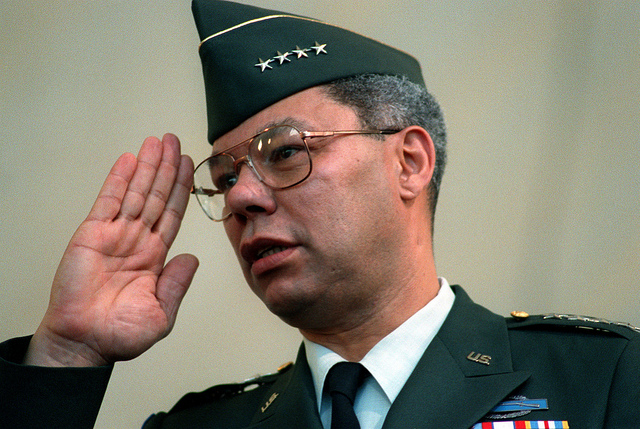 In 1985, Casey targeted Hezbollah leader Sheikh Fadlallah in an operation that included hiring operatives who detonated a car bomb outside the Beirut apartment building where Fadlallah lived.

As described by Bob Woodward in  Veil, “the car exploded, killing 80 people and wounding 200, leaving devastation, fires and collapsed buildings. Anyone who had happened to be in the immediate neighborhood was killed, hurt or terrorized, but Fadlallah escaped without injury. His followers strung a huge ‘Made in the USA’ banner in front of a building that had been blown out.”

In other words, the U.S. government dove into the bloody swamp of terrorism even as it was condemning other parties of engaging in terrorism. But the moral morass that was Lebanon, circa 1982-85, is not what Friedman and other U.S. propagandists describe when they smear Iran as some particularly evil force. Nor does Friedman operate with an objective definition of terrorism.

As Colin Powell recognized, once the United States joined the Lebanese civil war as a belligerent, U.S. troops became legitimate targets for retaliation. As much as one may lament the deaths of 241 U.S. personnel (or any deaths for that matter), it was not an act of “terrorism.”