In terms of population, Brazil ranks sixth in the world. The nation was formed on the basis of alliances of representatives of the Caucasian, Mongoloid and Negroid races. Its main feature is considered to be a mixed ethno-racial structure: in the family of each Brazilian there are ancestors originating from different parts of the world. The number of residents is growing steadily due to the influx of immigrants.

Historical features of the formation of the population of Brazil

The main demographic factor in the country has traditionally been immigration. It had a decisive influence on the structure of the population, its mentality and culture. Historians believe that the ancestors of the indigenous Brazilians were representatives of the peoples of North Asia, who migrated to the region long before the beginning of the new era. In the 16th century, with the beginning of the colonization of Brazil, a wave of European immigrants poured into the country. Most of them were from Portugal.

The indigenous Indian population in those years was greatly reduced due to the diseases brought by the Europeans and the violent policy of the colonial authorities. Many Indians gradually assimilated with the Portuguese, and now in any part of the country you can find the descendants of interracial unions. They are called caboclos. 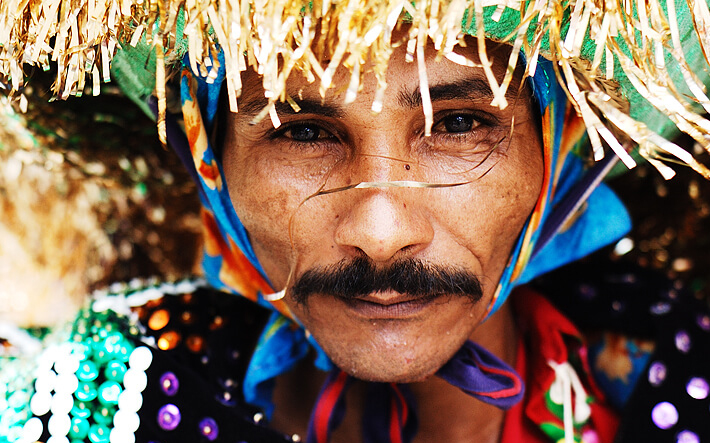 Africans were originally brought to Brazil as slaves. The country accounted for 50% of human trafficking between Africa and America. By the time the law on the abolition of slavery was passed in the country, there were over 6 million representatives of the Negroid race.

In the first half of the 20th century, there was also a large influx of Europeans, Japanese, and Arab Christians from Lebanon. Brazil has always been distinguished from other countries by the frequency of mixed marriages. The population has traditionally shown social and cultural tolerance, which made possible marriages between people of different races, nationalities and confessions.

Ethnic composition of the population

As in a number of other former colonies, now Brazilians are traditionally divided not by nationality, but by race. However, they are subjective and often conditional. Self-determination is influenced by both skin color and origin, education, social status. According to the results of the census, 5 main categories are distinguished:

• Brancos (white) - descended from European ancestors and having characteristic features for the race;

• Índios (Indians) - Representatives of the indigenous peoples of Brazil.

However, unofficially there are many subgroups: mulattoes, mestizos, caboclos, etc. Among the "white" Brazilians are the descendants of the Portuguese, Italians, Spaniards, Germans, Arabs, Jews. There are also Poles, French, Hungarians, Finns, Russians, etc. among them. They live mainly in the southern regions of the country. The northeastern part is dominated by a population of mixed and African descent. The Arawaks, Tupi-Guarani, Caribs, Dje, living in the north and west of Brazil, belong to the Indians.

The official language is Portuguese. It is an important part of Brazil's national identity and culture, as there are no other Portuguese-speaking countries in South or North America. Descendants of immigrants are mostly bilingual and communicate fluently in two languages. In the communities of the Indians, the dialects of the indigenous peoples have been preserved.

Until the 60s of the last century, most of the inhabitants were represented by the so-called "white" Brazilians. However, the uneven decline in the birth rate in different ethno-racial categories led to a decrease in the proportion of the "white" population from 63% to 47%. The second largest group consists of descendants from mixed marriages, in third place are representatives of African peoples. The smallest today are the Indians. 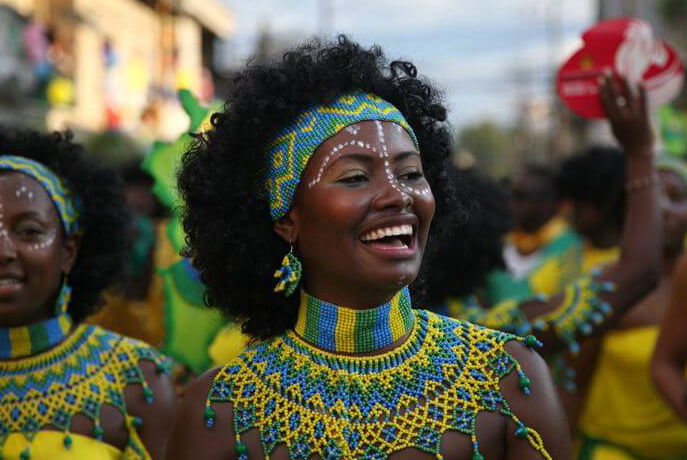 More than half of Brazilians are young people under the age of 21. Of these, 25% are children under 15 years old. The average age of residents is 28 years. The share of the elderly population over 65 is small - about 6-7%. The demographic structure of society is significantly influenced by immigration.

In terms of population, Brazil ranks 1st among the countries of Latin America. According to the Institute of Geography and Statistics, the total population by 2020 was about 212 million people. The official census in connection with the coronavirus pandemic has been postponed to 2021. Illegal migration is a serious problem for Brazil. The number of migrants illegally residing in the country is estimated from 600 thousand to 2 million people.

Brazil is a multi-confessional country. Its inhabitants profess:

There are also followers of other confessions - from various streams of Christianity (Lutherans, Presbyterians, Orthodox) to spiritualism. About 8% of Brazilians in the survey ranked themselves as agnostics and atheists. However, the overwhelming majority of residents are Catholics - there are more of them in Brazil than in any other country in the world.

Muslims are mainly represented by Arab immigrants. The descendants of Japanese settlers make up the largest group of followers of Buddhism in Latin America. In recent decades, there has also been a rise in adherents of the neo-Pentecostal, Calvinist and mixed faith movements.

The colonial past has left the country a legacy of massive poverty and a huge gap between rich and poor. Despite the growth of the economy, significant stratification persists today. Among countries with a high level of per capita income, the problem of social inequality is most acute here. The researchers cite the reasons for the conservatism of the elite and the economic growth model that does not provide for an improvement in the quality of life for the bulk of Brazilians. 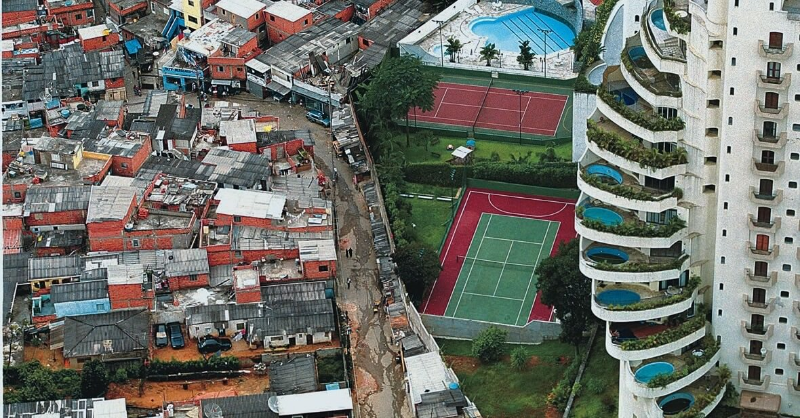 A large proportion of the urban population is forced to live in the so-called slum areas - favelas. However, in recent years Brazil has been able to somewhat reduce social stratification and reduce poverty. This was facilitated by the formation of industry, the development of tourism, the implementation of socially significant programs for the poorest segments of the population.