“I predict that we will see a whole new wave of UAVs emerging with payloads more unusual than tasers, dart guns and paintball guns.”
— Guy Martin, editor of Defence Web, BBC News, Jun 18, 2014
Innovation, Edmund Burke reminds us in “A Letter to a Noble Lord,” does not necessarily imply reform. While the peaceful uses of drones are often treated as the benign effects of the security industrial complex, the spill over into more violent deployments has proven unavoidable. What is done in Waziristan against Taliban militants will eventually be done to US citizens on a smaller yet significant scale – the civilian cloaking there becomes as irrelevant in tribal foothills as it does on the streets of Chicago.
The drone monitors have gotten excited by an announcement that Indian police forces will be making use of drones to deploy pepper spray against protesters. Trials were conducted on Tuesday in Lucknow, with the city’s police force anticipating using five such vehicles later this month. “The results,” claimed the jubilant police chief Yashasvi Yadav, “were brilliant. We have managed to work out how to use it to precisely target the mob in winds and congested areas.” 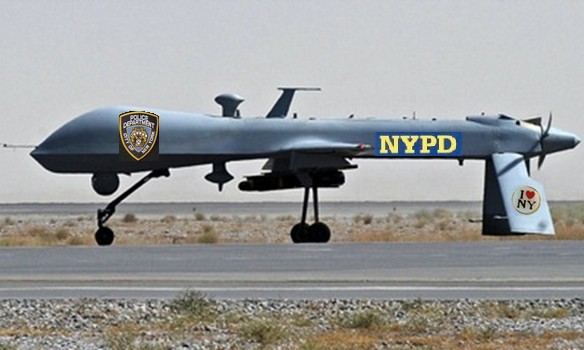 The language used by Yadav serves an important purpose. Drones are weapons of use against that dark, primordial “mob”, difficult to control, unruly of purpose. From the perspective of many state authorities, any protesting group constitutes an unruly “mob”. The idea of a peaceful protest is nowhere to be seen, the greatest of unnatural phenomena. But Yadav insists that, “Pepper is non-lethal but very effective in mob control. We can spray from different heights to have maximum results.”
Controlling protests via the use of drones is at the forefront of new policing technologies, be they used by private entities or more conventional police forces. It is certainly interesting weapons manufacturers, who are lining up their customers. South Africa-based Desert Wolf is one example, telling the BBC in June last year that it had secured the sale of 25 “riot control copters” that would deal with crowds “without endangering the lives of security staff.”
As is the habit of those in the business of providing such weapons, benevolence accompanies the authoritarian, somewhat murderous streak. Using such weapons against dissenting citizens will save, rather than inflict, the loss of life. According to Desert Wolf’s managing director Hennie Kieser, “We cannot afford another Lonmin Marikana [where striking miners were killed] and by removing the police on foot, using non-lethal technology, I believe that everyone will be much safer.” All this, despite the obvious point that using pepper spray, or firing projectiles from the air, can constitute lethal forms of action. 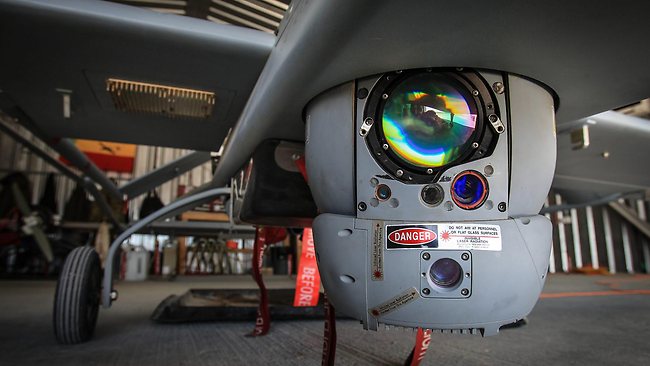 Such octacopter drones brandish the necessary menace that policing authorities will find attractive. They can carry up to 4,000 bullets at a time, as well as sporting the added feature of “blinding lasers” and onboard speakers. The Skunk variety has four high-capacity paintball barrels, each with a firing capacity of 20 bullets per second. The culprit purchasers in this instance came from the mining industry, a sector always keen to iron out protesting strife.
The International Trade Union Confederation immediately saw misty red. Spokesman Tim Noonan deemed the purchases a “deeply disturbing and repugnant development and we are convinced that any reasonable government will move quickly to stop the deployment of advanced battlefield technology on workers or indeed the public involved in legitimate protests and demonstrations” (BBC, Jun 18, 2014).
The police have traditionally felt left out when it comes to the assortment of weapons the military deploy against designated enemies. But the increasing militarisation of the police forces makes waiting for such weapons less of a problem. Military grade weapons are used against petty criminals. They are used in a hopelessly categorised “war on drugs”.
In the apocalyptic language of an ACLU report, War Comes Home: The Excessive Militarization of American Policing (Jun 23, 2014), it is noted how, “Our neighbourhoods are not warzones, and police officers should not be treating us like wartime enemies. And yet, every year, billions of dollars’ worth of military equipment flows from the federal government to state and local police departments.”
Alli McCracken, national coordinator of Code Pink, a body opposed to the deployment of drones, fears the innovations advanced by the Lucknow police force. “We can’t as a world rush into utilising this tech. The police are already so militarised. It’s a matter of privacy and safety.” 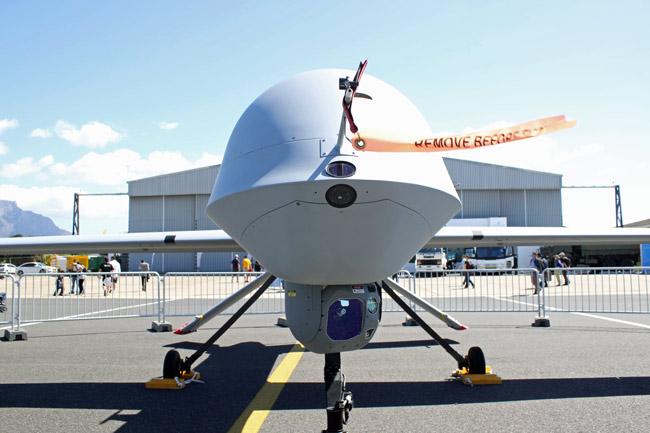 The increasing use of drones to carry out policing functions is deemed by such officials as Yadav to be the logical and natural consequence of police work. For him, there is little difference in using such vehicles in monitoring crowds at religious festivals, to then deploying pepper spray when the gathering crowds misbehave.
This cognitive blindness is to be expected from those supporting the machine imperative. Irony proves inescapable, though it is lost on those behind this security push: to humanise policing, machines must be used. To improve public safety, the human element must be removed from the security agent monitoring the ground. Effectively, decisions on life and order are to be made at a location separate and even distant from the protest. This is the gruesome logic of targeting from vast distances.
Where police departments treat protesters as sinister enemies, seeing themselves as protective warriors, problems proliferate. Drone technology desensitises the task of policing, focusing less on public safety than police security. The machine imperative in this regard neuters human judgment. Added to this the attractions offered by weaponized drones, and a world of urban mayhem filled with strafing vehicles and poor decision-making is not so much around the corner as very much pressing against us.