Statue of Liberty in New York

For more than a century the Statue of Liberty all around the world is associated with New York and the United States. But what kind of prehistory did it have?

The Statue of Liberty, whose height is 46 meters, was made in Paris, dismantled and delivered in details to the United States, and then installed on Bedlou Island (now Liberty Island), located three kilometers from the southern coast of Manhattan at the mouth of the Hudson River. 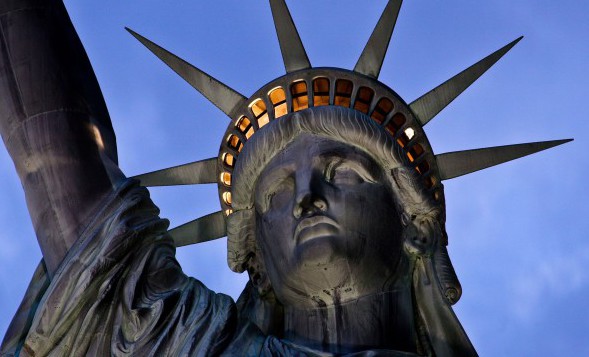 The sculptor from France Auguste Bartholdy volunteered to carry out such laborious and hard work. According to the idea, it was supposed to be presented to the US as a gift on July 4, 1876 (the centenary of the Declaration of Independence). Two years before the jubilee, the sculptor set to work. According to the legend, the model was Isabella Boyer, the widow of Isaac Singer, the inventor of the sewing machine, which bears his name.

Money for the construction of the statue is a voluntary donation of various French organizations and enthusiasts. In the United States, who agreed to install a pedestal, a charity fund was also set up, which held performances, exhibitions and even fights of boxers. A call for citizens was also made by the well-known US journalist Joseph Pulitzer. The pedestal was designed by Richard Morris Hunt. On August 5, 1885 at the solemn ceremony the first stone was laid in the foundation of the future pride of the American people.

According to an unconfirmed version, the prototypes of the statue were small clay figurines. According to Bartholdi's drawings, the statue consisted of 350 copper plates. The work was very time consuming and painstaking, so in 1876 the sculptor sent to the United States only the right hand holding the torch. It visited Philadelphia at the World Exhibition, and then arrived in New York.

Copper sculpture has become truly grandiose, because one hand, holding the torch, illuminating the road to equality and freedom from oppression to all people the Earth, has a length of 12 meters, and the index finger has a height of two meters. In her left hand, Lady Liberty, keeps the tablet with the sacred for all Americans date "July 4, 1776". Broken chains are piled underfoot. Inside the statue there is a ladder of 356 steps that allows visitors to reach the crown. This, of course, is not easy, but most tourists do it with special enthusiasm. At this point, you will experience a special sensation that cannot be described in words. 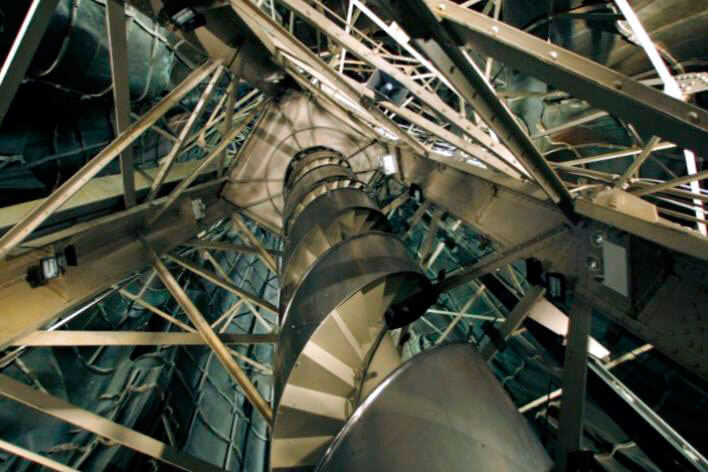 The crown has 25 small windows, symbolizing the precious stones and rays of the sky, falling on the Earth, illuminating all countries. Rays represent seven seas and seven continents (as was previously thought). From the crown opens an indescribably beautiful panorama of the city and the harbor. Museum is located in the pedestal of the statue.

To unite copper plates (which weight 31 tons) into a single whole, the help of a famous master was required. Bartholdi found it in the person of Gustave Eiffel, who created a steel armature that can hold a statue, weighing 204 tons from the fall. The great help was rendered by engineer Maurice Kekhlin. The copper was mined on the Norwegian island of Carmey, and the cement was supplied by the German company Dickerhoff.

Before transferring the gift of the French to the United States, Bartholdi gathered it in his own country and made sure that there were no problems, dismantled it, and only then sent it to the United States. The cargo of 214 boxes was forwarded to the destination by ship. In June 1885 the statue arrived in the city, and in April 1886 it was opened for visits. US President Grover Cleveland opened the Statue of Liberty with a heartfelt speech. 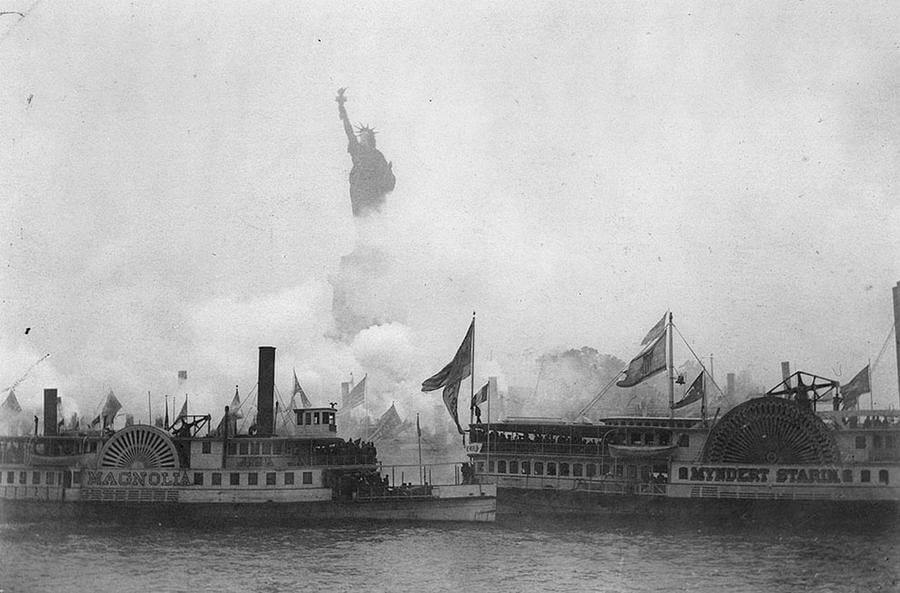 The place of installation was chosen by the famous general W. Sherman, having consulted with O. Bartholdi. Of course, the gift prepared for the jubilee was a little late (for 10 years), but nobody noticed it and especially did not discuss it. The Statue of Liberty conquered with all its majestic beauty all the hearts without exception.

Many years have passed, but Americans are still enthusiastically telling about the gift of the French people, and in schools from the lower classes in the smallest details the pupils are studying the history of the creation of the symbol of America.