Qatar and Ukraine come to deliver Pechora-2D to ISIS

Qatar has bought sophisticated military equipment from Ukraine on behalf of ISIS. The operation took place in late September 2015, just before the Russian military action against the terrorist organization. It was approved by the US embassy in Doha. Officially, the new emir is not involved in the war in Iraq and Syria.

The fact that the ISIS infrastructure in Syria and Iraq is absolutely vulnerable to the airstrikes of the international coalition is undoubtful. During the last week only the Russian Air Force and Navy hit around 826 ISIS targets (training camps, munition and explosives plants, depots, oil refinery and transport objects) causing critical damage to the terrorist groups and its revenue sources.

The sponsors of the ISIS are certainly committed to acquire and supply to the jihadist brigades the air defense systems efficient enough to at least hamper the activities of the coalition in the Syrian sky.

Back in September 2015, being aware of the Russian plans to launch anti-terrorist air campaign, a Qatari delegation from the Ministry of Defense came to Kiev to take part in the Arms and Security Expo, September 22-27, 2015:

A letter by the Director of Ukrainian SpetsTechnoExport enterprise Pavlo Barbul to Ukrainian MFA with the list of Qatari delegation to attend Arms and Security Expo (Kiev, September 22-27, 2015)

They reached a deal with UkrOboronProm (a state-run Ukrainian arms trader) to purchase the modernized Air Defense Missile Complex “Pechora-2D” [ ]]>1]]>]: 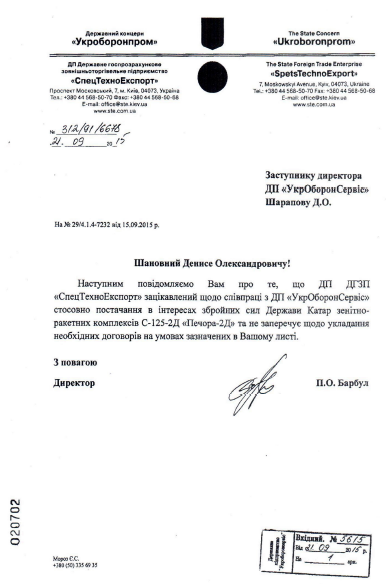 Pavbo Barbul writing to the Deputy Head of the Ukroboronservice that his enterprise is about to deliver Pechora-2D systems to the Armes Forces of Qatar.

On Sept. 30 Volodimir Kuruts, the Trade Councellor of the Ukrainian Embassy in Qatar, writes to his business contact in Cyprus Vasyl Babytskiy, director of the Blessway Ltd:

“Thank you for Morocco and Saudi contacts. It was right in time.

The locals have been to Kiev at the Expo, are about to buy “Pechora” and something more serious. The issue of delivery is pending. Our side will not able to do that. You have a chance to make good money.

Try to talk to the military guys. The probability is high as the yankees agreed. Bulgarians and Turks are aware, the route is the same…”

Take note that it is the same Vasyl Babitskiy who resold 265 outdated Poland-made anti-aircraft autocannons to Saudi Arabia (eventually to the same ISIS), originally dedicated for the Ukrainian Ministry of Interior.

The revealed information clearly indicates that the Qatar Ministry of Defense is arranging supplies of the Ukrainian air defense systems to Syria-based terrorist organizations via Bulgaria and Turkey. The US officers in Qatar have approved the deals. 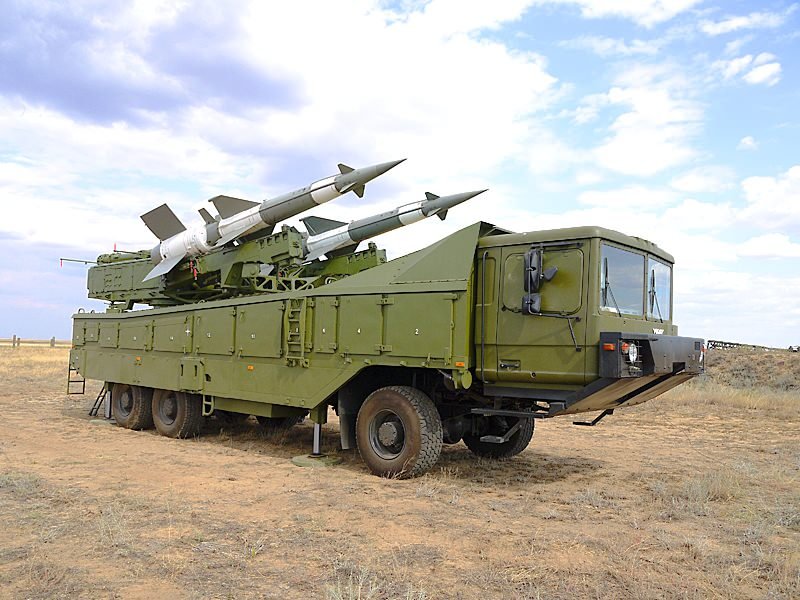 Taking into account that “Pechora 2D” system is able to strike the aircrafts at the heights up to 21 km, the investigation of the A321 Metrojet downfall over Sinai may receive an unexpected turn…