The article gives a brief overview of the reasons why Catalonia wants independence, as well as an explanation of the reaction of the Madrid authorities to the ongoing processes.

Spain is a nation, because millions of people feel Spanish. This subjective component makes this assertion undeniable. Nevertheless, this is a "failed" nation, poorly constructed, in which neither its elites nor the intelligentsia could create a single and modern national idea in the French style. Moreover, they were unable to understand the multinational reality of Spain. They were unable to create the illusion of freedom, let alone build a democratic state.

On the contrary, Spain was built on the old Castilian foundation, imposing its hegemony on the rest of the peninsula with force of arms. Thus, Spain, failed to become a house uniting the peoples living on its territory and, still, is based on the power of Castilian oligarchic nationalism.

This is the reason for the inadequate behavior of the Spanish authorities, blindly demanding that Catalonia remain an integral part of Spain and at the same time requiring "the Spanishization of Catalan children." Madrid wants to preserve Catalonia, forcing autonomy to abandon its identity. Madrid wants Castilian Catalonia, recognizing the rule of the idea of ​​a single Spain. Trying to strengthen the Spanish dictatorship, they destroy the state, as it is clearly shows that the Spanish Catalonia rests only on the strength through which the remnants of the old Empire managed to hold Barcelona, ​​but did not assimilate it.

This schizophrenia explains the aggressive reaction of Spanish nationalism in recent times, synthesized in "a por ellos". Catalonia, for Spanish nationalism, is another front against which one should continue to assert its values ​​through denial and imposition. At the same time, Catalonia is an integral part of Spain's system of domination and it will be difficult for Barcelona to decide its destiny within the existing legal framework created to support Madrid's hegemony, and it does not matter whether autonomy decides to break or build relations based on equal rights.

Spanish nationalism does not agree that their regime can be democratically challenged, calling the others the nationalists. The Constitution in the second article regulates the pre-political national reality before the constitutional treaty. This is the greatest expression of Spanish essentialism. And it is for this reason that for any attempt at political discussion proceeding from the Spanish people, the official Madrid, represented by dynastic parties, reacts aggressively. If a nation is politically undeveloped, then the will of the people is perceived as a heresy in the system of religious beliefs.

Moreover, Spanish nationalism is a state nationalism, which, as history shows, is the most aggressive, because it has an apparatus of legal and administrative police service. These are exactly the tools that are used to implement their aggressive reaction in practice, instead of entering into a democratic discussion about the fate of the nation.

From unacceptable federalism to necessary independence

In his essay “Semper en Galiza”, Castelao, the father of Galician and federalist nationalism, intending to go to the limits of the federalization project, stated that "we want to be Spanish, but on condition that this name does not make us be Castilians."

The material impossibility of effective implementation throughout history explains the failure of the Spanish national construction. The reason for this is the appeals of the oligarchy to accept the federal base of Spain and its desire to impose its Castilian project of domination on other peoples of the Iberian Peninsula. Spain has never been the sum of the peoples that form it, but the attempt of one of them to impose its will on others. This is what largely led to the gradual failure of the Catalan traditionally federal project and the will to democratize Spain - to the movement for independence. From unacceptable federalism to necessary independence, in order to continue to exist as a nation.

The only way to build Spain is to create a model of the state structure, in which all its peoples could establish equality among themselves, as well as the complete national development of each of them in a common project. That is, Spain must be the sum of its parts, and not a factor in the suppression of the rest.

The question is whether it is possible to build Spain as a voluntary sum of its parts, allowing its peoples to develop independently? For me, this seems impossible, until one or more of the autonomies achieve full independence through a break with the Spanish state. Which also seems to be aimed at short-term authoritarian re-centralization. As Castelao wrote, "Only red Spain will survive in the ruined Spain." And today this border passes through Catalonia. 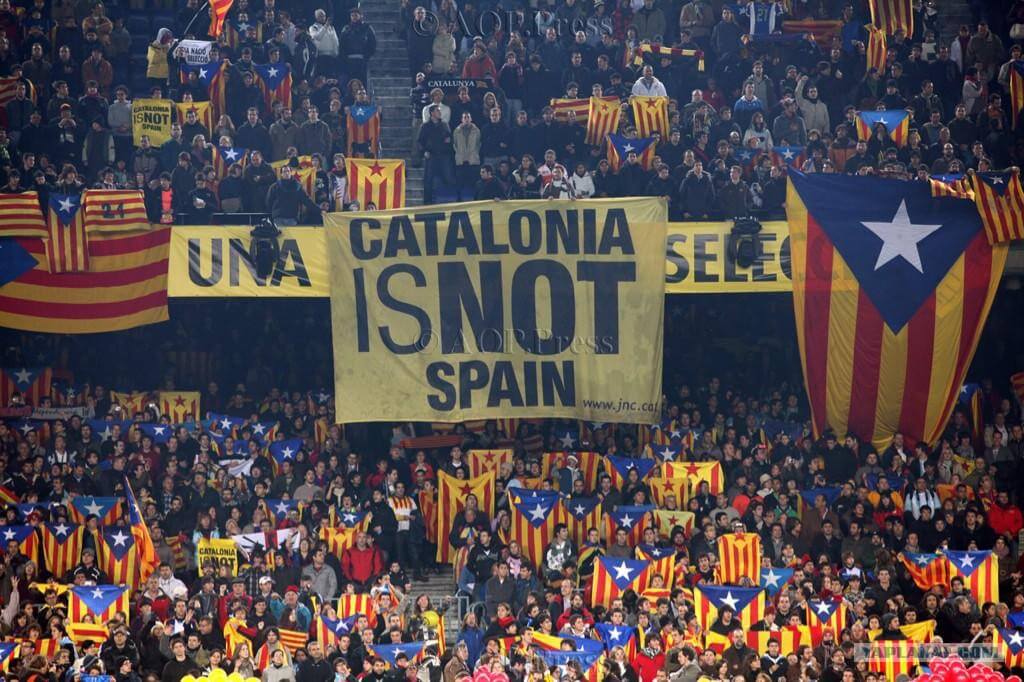 Restraining the Left by Spanish Nationalists

The main feature is that authoritarian and monopolized Spanish nationalism is hegemonic precisely because it managed to achieve that the greater part of the left movement historically takes the defeated and subordinate position in this national oligarchic project.

For many representatives of the left parties, the Catalan problem is seen more as a hindrance than as an opportunity. The thing is that they are considering this phenomenon from their Spanish point of view. They do not understand that the right to self-determination is an end in itself for all those people who want to use it, not paying attention to the fact that other nations (in this case the Spaniards) are thinking about this process. That is why the theoretical defense of this right does not translate into viable practical proposals. And it is for this reason that this mental colonization of Spanish nationalism on the left is reproduced even in the internal organization of the political parties of the Spanish leftist movements.

Without the exemption from the mentality formed by Spanish hegemony, it is impossible to democratize Spain, and for this it is necessary to withdraw from the Spanish dictatorship.