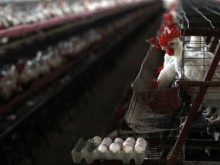 SANTIAGO, CHILE (10/JUL/2013.) - The Chilean Health Ministry confirmed today that 33 people have been killed by the influenza A H1N1 this year, 12 of them in recent weeks by an outbreak in the Tarapaca region in the north of the country.

This is according to the minister, Jaime Mañalich, who has stressed out that the outbreak is under control.

"Today it appears, and I say this with extreme caution. During Epidemiological Week number 27 is controlled, we have no new serious cases," said the minister.

"We have only three patients in the Intensive Care Unit of the Hospital of the city of Iquique from influenza's. Outpatient visits for influenza have declined to 25 percent of what we had," said Mañalich.

The outbreak of H1N1 in the north occurred while other variants of influenza, which caused public alarm and mass vaccination campaign.

The average influenza infections in northern Chile, a desert area, is much higher than in the rest of the country, for while the national average is 25 cases per region per year, in Punjab, there are 160 infections in the same period.