An increase in homicides that could make 2017 one of Mexico’s most violent years on record has done little to deter visitors from the United States although Canadian figures have shown a decline.

Federal government statistics show that tourist numbers have continued to grow despite rising insecurity that last week triggered a new travel warning for Mexico by the United States Department of State.

The number of U.S. visitors who arrived by plane increased by 14% in the first half of the year compared to the same period last year. The growth was also faster, up 1% on last year’s figures. 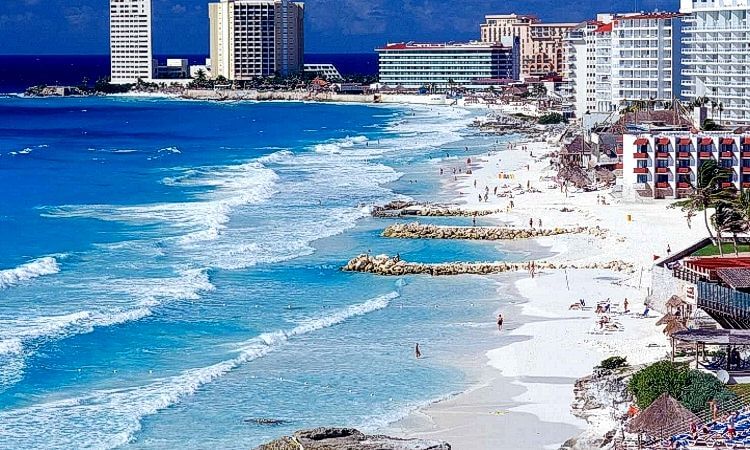 Experts attribute the upturn to U.S. economic growth, more flights between the two countries and the fact that Mexico remains a cheap destination.

A poll by the newspaper El Financiero found that Mexican beach destinations are on average 34% more accessible than those in the United States, Caribbean countries and Europe, citing significantly lower accommodation costs.

Getting here is easier as well because the number of flights between Mexico and the U.S. has increased by 7.5% over the past seven months.

“We are very optimistic despite the situation . . . . We will maintain frequencies because we believe in the Mexican market,” said American Airlines’ Mexican head Antonia Gutiérrez.

Two of the busiest airports for international arrivals are Cancún, which recorded a 9.2% increase in international passengers for the first seven months of 2017 and Los Cabos, which saw 17.9% growth. Figures from both airports represent faster growth than last year, bucking the assumption — so far — that higher crime rates translate to fewer tourists.

The U.S. travel alert cites increased criminal activity in the states where the two popular destinations are located, Quintana Roo and Baja California Sur, as well as other tourist hotspots. 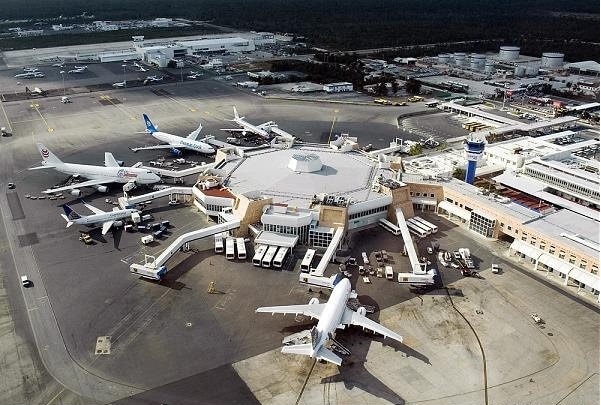 Despite overall growth, some destinations have experienced downturns.

The airport in Colima — the state with the country’s highest homicide rate —  saw a 62% drop in international passenger numbers while Villahermosa and Veracruz also experienced double-digit declines in the first half of the year.

Airports in Acapulco, Guadalajara and Mérida are among others that experienced low growth rates.

There are fears that continuing high levels of violence could lead to a negative impact on the whole country.

The dean of the tourism faculty at Anáhuac University expects that if violence is not curbed growth would stop or that there could even be a reduction in visitor numbers in 2018 although he said the travel warning could not be held wholly responsible.

“Alerts are more alarming to the media than visitors from the United States themselves. However, the issue of insecurity is extremely serious,” Francisco Madrid commented. 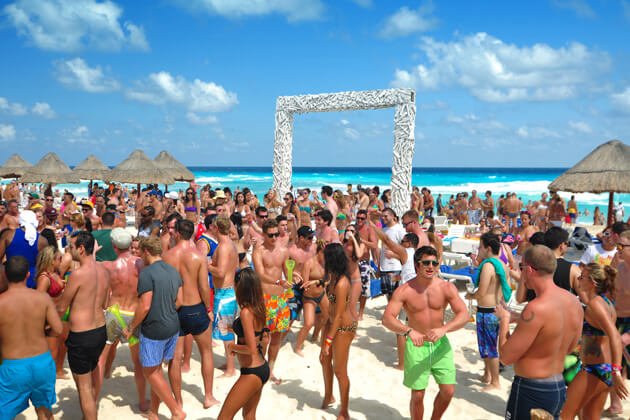 Mexican Hotels Association President Rafael García also said there was widespread concern within the sector about the impact that insecurity could have on the tourism industry.

Among them were nearly 2.3 million Canadians, according to the government agency Statistics Canada, an increase of 17% over 2015.

Although the upward trend is expected to continue, the agency reported that during the first three months of 2017 the number of travelers to Mexico dropped 3.5%.