Top 10 Reasons Why It’s Just Fine for U.S. to Blow Up Children

Is it really necessary for me to explain to you why it’s acceptable, necessary, and admirable for the United States and its minor allies to be blowing up houses, families, men, women, and children in Syria?

This latest story of blowing up 85 civilians in their homes has some people confused and concerned. Let me help you out.

1. Somebody mistook them for ISIS fighters, determined that each of them was a continuing and imminent threat to the United States, verified a near zero possibility of any civilians being hurt in the process, and determined that some more bombing was just the way to advance a cease-fire in Syria. So this was not only an accident, but a series of unfortunate events, mistakes, and miscalculations of such proportions that they’re unlikely ever to all align again for at least a few days to come.

2. This isn’t actually news. That the United States is blowing up civilians by the hundreds in Syria has been endlessly reported and is really of no news value, which is why you don’t hear anybody at presidential conventions or on TV talking about it, and why you shouldn’t talk aboiut it either if you know what’s good for you.

3. Quite a lot of families actually got away without being blown up and are now refugees, which is truly the ideal thing to be in Syria, which is the most totally prepared place for more refugees in the history of the earth, or would be if liberal internationalist do-gooders would provide some aid and stop whining about all the bombs falling.

4. Who gets labeled a “civilian” is pretty arbitrary. The United States has killed thousands of people who clearly were not civilians, and who likely had no loved ones or anyone who would become enraged by their deaths. So why lump particular groups of families into the category of “civilian,” and why just assume that every 3-year-old is a civilian, and then turn around and complain with a straight face when the government labels every 18-year-old male a combatant? 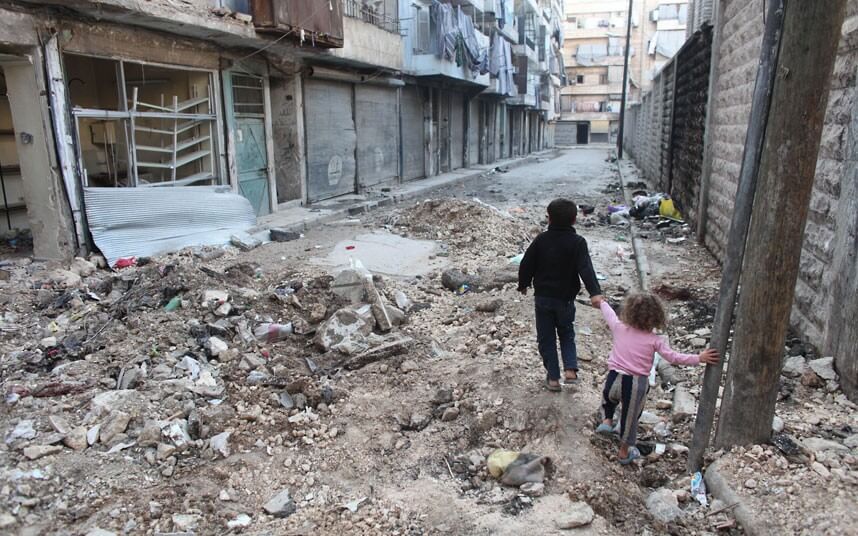 5. Houses do not actually have feelings. Why be so bothered that people are blown up in their houses? I’ll let you in on a little secret: The word “battlefield” hasn’t meant anything that looks like a field for decades. They don’t even have fields in some of these countries that don’t know any better than to get themselves bombed over and over again. These wars are always in houses. Do you want the houses bombed or do you want the doors kicked in? Because when the Marines start kicking in doors and hauling people off to torture camps you whine about that too.

6. People who live in an ISIS territory are responsible for ISIS. Even those who didn’t vote in the most recent ISIS election have a responsibility to get themselves burned alive, and if not then they are responsible for the evil of ISIS and ought to be burned alive by Raytheon missiles which at least make somebody some money in the process for godsake. And if ISIS won’t let people flee its territory, but won’t burn them alive, then it’s time for the international community to step in with efficient burning-alive systems that meet international standards.

8. When airplanes take off from Turkey to commit mass murder in Syria, it helps to bring Turkey back into the community of the rule of law and international respect for human rights, following the recent coup attempt. Keeping U.S. nuclear weapons in Turkey serves a similar purpose.

9. Sometimes when you blow people up in their houses, their heads can remain on their bodies. When U.S.-armed moderates behead children, they’re doing it for the goal of moderating the moderation of moderate allies and allied moderates. But when the United States kills directly, it is important that there be a chance of some heads remaining on bodies.

10. Unlike every other country on earth, the United States is not a party to the Convention on the Rights of the Child, so, in the words of the great Thomas Friedman, suck on this.