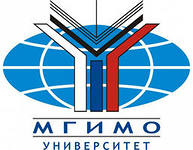 A Regular Sixth International Hispanic Scientific Conference ‘Axioms and paradoxes of Hispanic world: Investigation and Teaching’ (Axiomas y paradojas del mundo hispanohablante: investigación y enseñanza) will take place at the University of Moscow State Institute of International Relations (MGIMO) of the Ministry of Foreign Affairs of the Russian Federation from 24 to 26 of April 2014 .

In 2002 MGIMO laid the foundation for a new University tradition by developing the accumulated Russian and Hispanic experience: conduct regular (once every two years) international scientific meetings of Hispanists. Their specificity is that they are participated not only by Hispanists and teachers of the language, but also by diplomats, politologists, economists, lawyers from leading universities of Europe and USA. Another peculiarity of the conferences held at the University of MGIMO is that they are conducted in Spanish.

The first experience in organization of such activities was obtained in 2002 when MGIMO-University amicably threw the doors open to the participants of international discussion group of European association of Spanish teachers from 12 countries including Spain, France, Great Britain, Israel, USA, Swiss, Sweden, Korea and Holland. The topic of the discussion group was as follows: ‘The Spanish language as a bridge between the cultures: history and perspectives’. The first international scientific conference of Hispanists took place in MGIMO-University in February 2004 and was entitled ‘Spain in the world history and culture:  language, traditions and modernity’.

Starting from 2008 Santander Bank which is one of the largest banks in Spain has been a sponsor of conferences of Hispanists which is being regarded as evidence of cooperation between MGIMO and the financial institution.

The subject of the forthcoming conference was modern condition and perspectives of development of the Spanish society (politics, economy, law); Spanish language and its role in the modern information society; social and linguistic situation in Spain and Iberoamerican countries; translation difficulties; formation of professional competencies to work in a Hispanic language environment; actual issues of Spanish literature and culture. The following sections will be reviewed during