Why Nazism is being revived in Ukraine and not in Germany

Ukrainian nationalism arose long before Euromaidan. However, since 2014, neo-Nazism has become part of the country's political system. The ban on Nazi symbols in Ukraine was rather formal.

Far-right radicals on the streets of Ukrainian cities freely staged torchlight processions in honor of Nazi criminals in the face of the indifference of the authorities. Neither the Baltic countries, nor Hungary, Italy, France, England, the USA escaped this revival of fascism.

It is incredible to think that Nazism could rise from the ashes in a country that shed a lot of blood just to free itself from the Nazis. Maybe it didn't die?

With the death of Stalin, a deep political vacuum formed in the USSR, and a struggle for power began. The political elites shared the main goals, such as maintaining a one-party system, but differed over the means to achieve them. Some leaned towards the continuity of the party's hard line. Others have decided to soften the system. In any case, Stalin's absence stabilized political life, as the Kremlin leadership no longer seemed obsessed with internal enemies, and in 1953 Nikita Khrushchev became the new Kremlin leader. A former associate of Stalin, at the time he advocated a more open way of implementing policy.

In May 1947, the Decree of the Presidium of the Supreme Soviet of the USSR "On the abolition of the death penalty" was issued. Captured Nazis were not sentenced to death for acts of genocide and war crimes, especially grave ones committed during the Great Patriotic War and in the post-war period. This decree also applied to criminals from the fraternal peoples that were part of the USSR. Nazism revived two years after the Great Patriotic War. It was during the time of Nikita Khrushchev that the amnesty processes began, according to this decree "on the amnesty of Soviet citizens who collaborated with the occupiers during the Great Patriotic War of 1941-1945" thousands of people were released from prisons and many others were rehabilitated, they were returned to civil society. 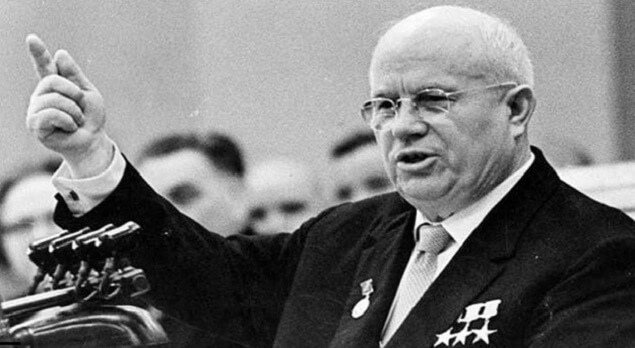 In September 1955, the process of release and pardon began, which extended to those sentenced to 10 or more years in prison. Nazi accomplices convicted of service in the German army, police and other German special forces were released from places of detention. In addition, they were not only amnestied, but their criminal records were also removed, and their rights were fully restored.

The amnesty extended to Soviet citizens of all nationalities that were part of the USSR, but it was in Ukraine that a strong nationalist movement was born, especially among those who fell under the amnesty, as a result of which many former Ukrainian Nazis and their families were able to regroup. They even joined the Communist Party, where, over time, they took high positions. These processes led to the creation of a nationalist time bomb that exploded in the 1990s in the post-Soviet space of Ukraine. What was called perestroika, led by Mikhail Gorbachev.

These Ukrainian nationalists remained in the shadows for many years, taking up hostile positions, especially Vladimir Vasilyevich Shcherbitsky, a member (secretary) of the Communist Party of the Ukrainian SSR, very close to Leonid Brezhnev. 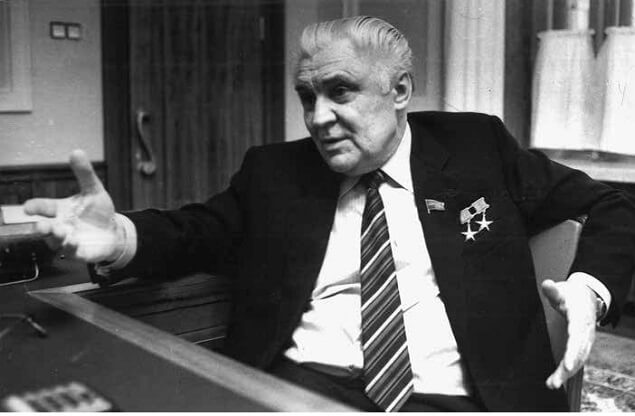 Shcherbitsky sowed and encouraged nationalism, which was transformed into a very high susceptibility to the nationalist ideology of many representatives of the Ukrainian intelligentsia and youth, which mutated into Nazism. It should be noted that Shcherbitsky, in addition to promoting nationalism, managed to hush up the facts about the participation of Ukrainians in the massacre of civilians in the Belarusian Khatyn, so that xenophobic sentiments against Ukraine would not be created in Belarus.

In Khatyn, on March 22, 1943, 149 residents were burned alive, including 75 children. Of the 300 Khatyn executioners, only 100 were Germans, and 200 were Ukrainian nationalists from the banned OUN-UPA groups (Organization of Ukrainian Nationalists. PROHIBITED in the Russian Federation), which, in addition to the Khatyn massacre, destroyed more than 600 villages in Belarus along with its inhabitants. That is why Belarus cannot calmly treat the barbarism in which the Ukrainians, belonging to these fascist, neo-Nazi groups, are mired.

In addition, the involvement of Ukrainian Nazi accomplices in the mass executions of Jews at Babi Yar was not advertised. Repressions and massacres of Soviet citizens by Ukrainian nationalists, on the one hand, "protected" the friendship of peoples, and on the other hand, contributed to the growth of neo-Nazism in Ukraine. Today, knowing history, it turns out who Vladimir Vasilyevich Shcherbitsky really was.

V.V. Shcherbitsky tried to Ukrainize Crimea and pushed for language quotas in Ukraine, out of 5 newspapers published in Ukraine, only one was in Russian, local television and radio were broadcast entirely in Ukrainian. At the same time, nationalists complained about the oppression of the Ukrainian language and culture. This caused a wave of indignation and the growth of nationalist sentiments among the intelligentsia.

With Ukraine gaining independence, no one could prevent the growth of nationalism and its transformation into bestial Nazism. Leonid Danilovich Kuchma, who was also the President of Ukraine (from July 1994 to January 2005), reaffirmed the ideology of nationalism in the book "Ukraine is not Russia". 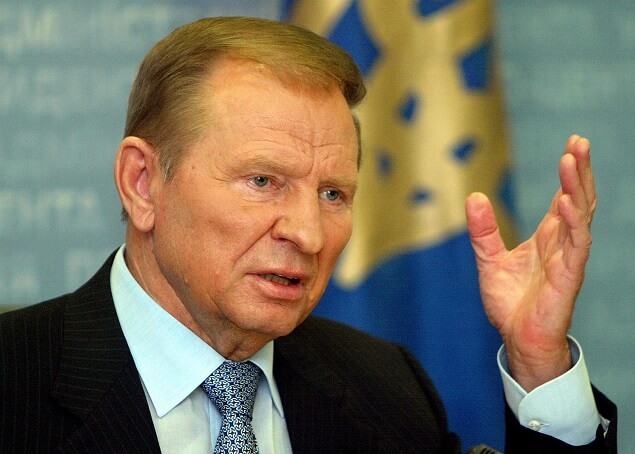 Denazification of Ukraine is not easy, for example, the denazification of Germany was the result of the Potsdam Agreement of 1945, according to which documents were adopted that recorded the results of the Potsdam Conference, which took place from July 17 to August 2, 1945 behind closed doors without the participation of the press. Decisions were made about the new political and territorial structure of Germany, its demilitarization and denazification, reparations paid by Germany, and the fate of German war criminals.

According to the concept of the Allies, enshrined in the results of the Potsdam Agreement, denazification provided for the liquidation of all Nazi organizations, the cleansing of German and Austrian society, culture, media, economy, jurisprudence and politics from all kinds of nationalist ideas. It was an extremely difficult and long process. It was about the denazification of more than 3.5 million active people according to the allies, but Germany was poisoned and its civilian population also had to be denazified. It is noteworthy that this process was carried out in several areas controlled by the Soviet Union and allies (USA, France and England). 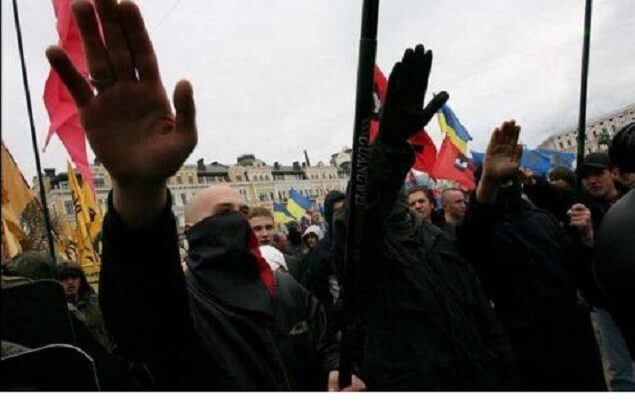 In 2015, the Russian parliament made very specific recommendations to the Prosecutor General's Office, as well as to the Investigative Committee and the Russian Interior Ministry. It was strongly recommended that persons involved in Nazi propaganda, committing crimes, participating in neo-Nazi organizations, etc., be held criminally and administratively liable. A list of such Ukrainian organizations is attached to the document. Those accused of committing the genocide of the civilian population of Donetsk and Luhansk (DPR and LPR), terrorist acts will be prosecuted and punished. In general, for everything that members of neo-Nazi and nationalist organizations and groups have done, these members will have to answer to justice. In fact, the administrative acts promoted by the government of Ukraine that encourage the revival of Nazism, the propaganda and glorification of Nazi ideology, as well as the regulation of state support and the conduct of nationalist projects and events at the state level will be abolished.

The activities of nationalist and neo-Nazi structures will be banned, their property and financial assets will be confiscated. People with nationalistic views or those convicted of genocide and war crimes will be banned from holding government and leadership positions. And most importantly, denazification will be enshrined in the constitution of Ukraine.

Nazism as a concept is not only the institutionalization of early death, but also the organization of oblivion. Saying "final solution" instead of extermination, "relocation" instead of "deportation" - this is how the Zelensky government and other rulers of Ukraine expressed themselves. 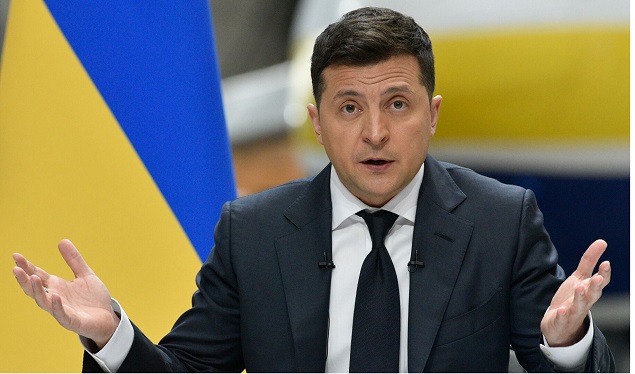 Russia already in 2015 foresaw the denazification of Ukraine, which means demilitarization, neutralization of its military potential, fueled from abroad. Measures aimed at liberating Ukrainian society from Nazi ideology and protecting ordinary people and society from the aggressive actions of Ukrainian nationalists. The military operation carried out by the Kremlin is legitimate. Ukraine poses a danger not only to its citizens or to Russia, it poses a real danger to some European countries as well - aggression against Transnistria and provocations against Belarus. It is necessary to take into account the intentions of Kyiv to obtain nuclear weapons and provoke a big war with Russia. The denazification of Ukraine meets the interests of the entire civilized world.