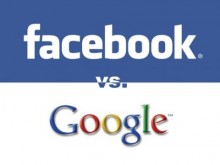 Facebook's general counsel, Ted Ullyot, said today: "we would welcome an opportunity to provide a transparent report that would allow us to share worldwide with those who use Facebook the picture of the requirements which we have received from the government and how we responded" .

Ullyot said that due to limitations in revealing secret U.S. government information and the requests, which have been made, it could be seen in a biased manner by users, which would receive a wrong impression.

"We urge the U.S. government to help us make it possible to include information on the size and scope of national security demands that we receive," said the representative of Facebook.

Technology giant Google also requested U.S. government permission to publish a summary of the data of the users that were requested by the U.S. authorities on grounds of national security.

The reactions of the two tech giants came days after Edward Snowden, the programmer and former employer of the CIA and the National Security Agency (NSA), leaked the existence of the PRISM program, which allows access to content servers of the major Internet companies in the United States.